SURREALISM IS NOT A WAKE 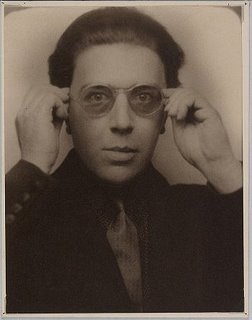 "No matter what happens in the fashionable neighbourhoods and the Champs Elysées, surrealism continues."
André Breton

The album of material generated during the summer as part of the London International Festival of Surrealism is now in preparation.

REPORT ON AN INCIDENT OF OBJECTIVE CHANCE

On the night of 6th September, for no apparent reason, Merl (of SLAG) dreamt about Martin Marriott (of the Seattle Surrealist Group). Merl was on a train and, to her surprise and pleasure, Martin suddenly got into the same carriage. He was carrying an unmanageably large though mostly empty suitcase which he had trouble stowing; he ended up putting it on top of Merl's suitcase and squashing it by accident, and the other people in the carriage made rather a fuss. It turned out that Martin was going to be staying on the train longer than Merl, because Merl was only going as far as France, whereas he was going all the way to Africa.

The following morning Merl noticed that Martin had unexpectedly sent some emails with attachments to the SLAG email address, but did not have time to read them before going to work.

Later that day, on the way home from work, Merl noticed in the street a pile of abandoned bags and luggage on top of which lay a large foam skull, evidently part of a fancy dress costume. At that point she did not associate the bags in the street with the suitcases in the dream.

Photo by Merl
As soon as Merl got home she read the emails and downloaded the attachments, which turned out to be photos and collages made by Martin. One of the collages was titled Man with Suitcase. The figure in the collage had a skull head.

When Merl immediately reported this striking incident of objective chance to Martin, he replied:

"The collage has been sitting around untitled until I was sending it out last night. I decided last night to call it that, it came suddenly, and in a way that said it was now unalterable. Afterwards, before bed, I happened to ponder it again, for no more than a second, yet it was the only title that did come back to me with any kind of question-mark. The thought came to me that in a way it was a bit odd as, the size of the case, compared to the size of the man, is much smaller than a 'suitcase' he would actually have. This thought never took any purchase however, and was immediately replaced with a simple thought, 'no, it's the right title.' and that was the end of that." 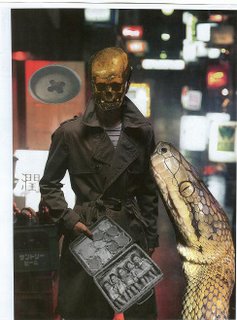