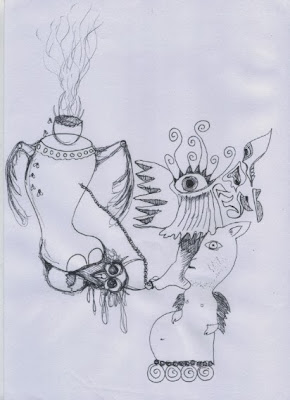 Return to the Red Planet 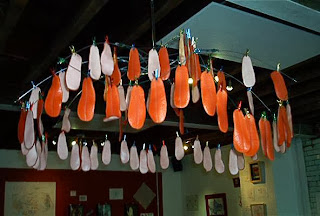 From 13-19 July 2013, SLAG hosted an exhibition, Mysteries of the Red Planet, with more than 170 works on display, including many collective pieces by members of SLAG, some individual pieces, and a table in the middle for visitors to make their own contributions to the show. On the Tuesday evening of the exhibition we also hosted a Surrealist games night and performed a poetry reading. The first day of the exhibition was slow off the ground: heat and transport failures across London made it impossible to get to (or at least something of a pilgrimage); general exhaustion on the part of the contributors; misgivings about the Surrealist games night and poetry reading that was to take place; social anxiety for at least a few members; the distance many had to travel due to the remote location. 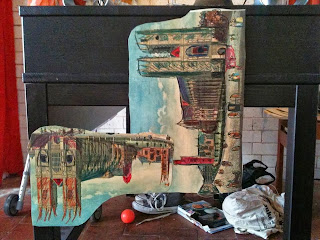 But as the show went on the obstructions diminished: the trains worked again; the stone building gave us respite from the heat; our energies returned; and while the distance did not lessen, if  the location had been more central, we would never have been able to afford it, and there would have been no exhibition at all (the show, like all our activity, was entirely self-funded and anti-commercial, with no sponsorship and no works for sale). Our exhaustion turned into excitement as people wandered in with questions and contributions, and tongues fell onto the floor. The room, wall-to-wall with collective and individual pieces, including an entire ‘dado rail’ of exquisite corpses, felt overwhelming, and demonstrated the inexhaustible creativity of collective games. We had made a decision to retain individual anonymity, and therefore no names were attached to any of the works; there remains disagreement in the group as to whether this was a successful experiment, or whether the lack of information about the show’s contributors and organisers was frustrating. 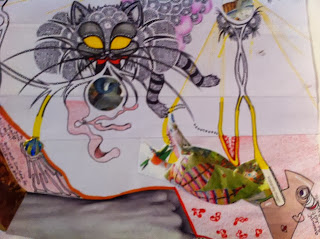 The visitors of the show responded in various ways: curiosity, questioning, offerings of their own art, offence (one visitor claimed there were too many vaginas). As well as a lot of jolly conversations and the joy of making collective works with total strangers, there were also some genuinely magical encounters, and new contacts made, alongside interactions of a less jolly kind that were boring or pointless or merely fleeting. The misgiving that the table for visitors to create their own works would be seen as a craft workshop was allayed on several occasions by surprising and stunning contributions, and the interactions between the visitors and members of SLAG. There were visits from our Surrealist friends in Sweden and Canada, who were very positive about the show, and many welcome congratulations were received from our friends elsewhere across the globe. 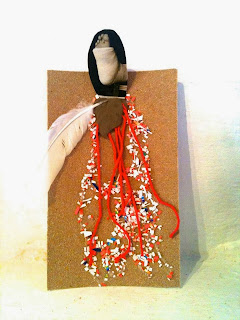 The games night surprised us all in how well it worked; curiosity, intrigue, participation, laughter; and but for the odd unsurprising expression of artistic aspirations, which were re-contextualised by the involuntary patterns of the games, there were many wonderful creations, some of which were added to the exhibition, if visual, and others to the blog later. The potentially pedestrian, sometimes anxious nature of some of the individual guests’ contributions was transformed by the collective context. Individual responses to found objects, when collated, became something that was more than the sum of its parts (link to Groom). We concerned ourselves afterwards with whether the tension between a desire to scare the visitors in the performance and yet simultaneously encourage their participation had detracted from the success of the evening. We agreed that this evening could have been improved upon by separating out the ‘games night’ and the ‘poetry reading night’ (which was the initial intention, but they were combined owing to the problems on the first day). 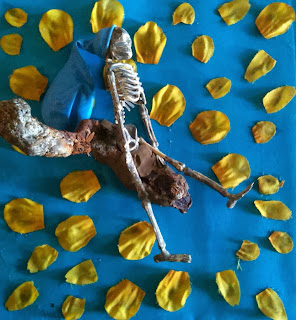 Our own experience of the show was of initial exhaustion and some terror, but in the end of intense enjoyment and energisation. The process of sitting down together and choosing which collective works to exhibit had the effect of enabling us to digest our own history, and to consolidate a sense of the group’s trajectory, which was especially important at that moment, when we had recently been joined by several new members. The intensive collective effort as the time to exhibit drew nearer invigorated the group at a collective level. 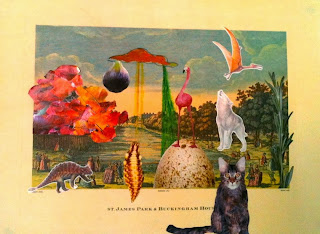 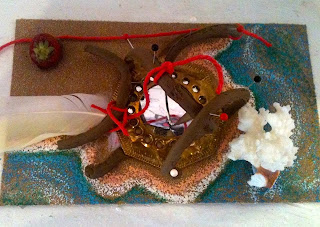 Mysteries of the Red Planet was our first collective show. It was a big experiment for us, and we weren’t sure it would work. But it did, and there will be more. 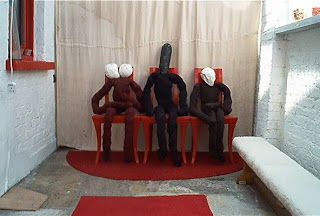 Posted by Pearl Handel at 10:29 pm No comments:

Exhibition: Pictures from a Jade Palace (and Other Stories) – NEW DATES ANNOUNCED

An exhibition of collages by Wedgwood Steventon 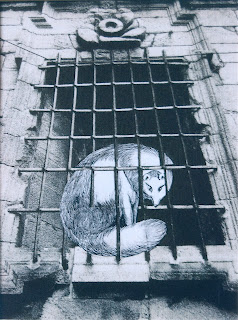