LET US RECALL THE NAMES OF THOSE IMAGINARY BEINGS: Friday 4th April 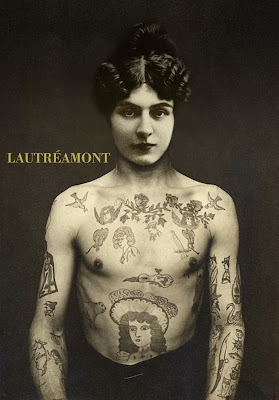 On the evening of Friday 4th April, SLAG regulars and friends will be meeting in central London to celebrate Lautréamont's birthday.
For further details and/or to join us for the evening, email us at the usual address.
Posted by Pearl Handel at 3:51 pm No comments: 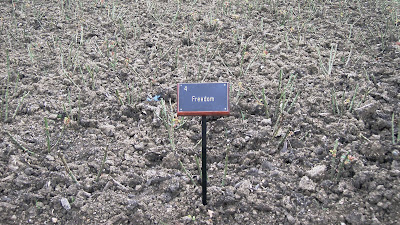 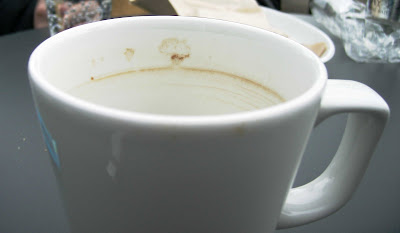 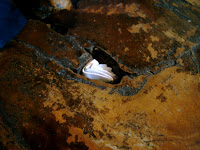 I pledge allegiance to the vegetable lamb table, and I pledge oath to the flower power of the new generation. I promise to uphold the core values of corpulence, incendiarism and impressive sporting of the ineffable truth that eating the vegetable lamb will endow you with qualities such as a bail whereof all indemnities shall be discharged immediately upon receipt of three kisses and a photograph of a cat and a mind in the gutter. A filthy mind! Mind the new step across the border, the one between the corridor and the main room where hostages are held at gunpoint by confused-looking hobgoblins who would secretly much rather be sitting quietly in a caravan made of cheese. Three hobgoblins decided the time had come for a little fun. They flayed a mule so that we can live, so we owe it to ourselves and them to live like unbridled mutton and coconut milk burned with rice and tomato and melted tuna in the microwave which explodes with the force of a farting donkey. 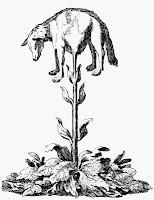 Posted by Pearl Handel at 1:19 pm No comments: 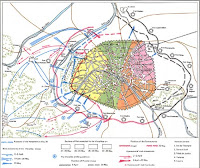 The fortieth anniversary of les évènements of 1968 will inevitably be marked with the stink of decomposing nostalgia. Some of that generation's radicals are shuffling their feet in embarrassment, keen to forget the righteous anger of their younger selves. They have no wish to compromise their present employers and mentors in bellicose governments across western Europe.
Others will boast of their rrrrrradicalism in the heady days of May while remaining wilfully silent about why their politics didn't lead to victory. Their accounts may enthuse a younger generation of radicals, but the only practical advice they can offer is on how to build a career in the media. The press are hardly falling over themselves to turn their pages over to Renault workers who struck in 1968.
Those who led that revolt to defeat in 1968 are adopting nostalgia as a tactic to prevent us from understanding why. All their art exhibitions and conferences serve only to prevent us from achieving victory now. So, rather than joining the assimilative and co-opting media frenzy around 1968, we'd invite you to celebrate the anniversary of March 18th 1871, when the workers of Paris prevented the removal of the cannon with which they would defend themselves. This uprising led to the Paris Commune, the first realisation by workers that "it was their imperious duty and their absolute right to render themselves masters of their own destinies by seizing upon governmental power."
Posted by Pearl Handel at 1:28 pm No comments: 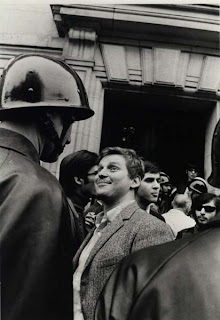 To Have Done with May 68
Lecture by Daniel Cohn-Bendit, media celebrity and usurper of May 68

The impotent always want to share their impotence with the world at large. On Monday 17th March the ex-anarchist Daniel Cohn-Bendit, who enjoyed the limelight during May 68, whose insignificance was made plain when Enragés and Situationists in the Occupation Movement, France, May 68 was published a few months later, and who today, proclaiming himself a "liberal libertarian", is active as a deputy on the right of the French Green Party, will give his lecture "To Have Done with May 68".

We have every reason to expect that this will be an attempt to justify a particular political trajectory – his own – which began in the 1960s on the far left and, through compromise after compromise, has ended today in confusionism on neither the left nor the right. This elderly gentleman, finding himself no longer "at the cutting edge", would like the whole of the radical left to "mellow", hoping that this might soften the contrast between his own media image in May 68 and the image which his former political friends would reflect back to him today.

Indeed what else but a narcissism of that sort could motivate this Ubu-esque figure, who for years has represented the revolution to the media in the most simple-minded terms? Since he owes his entire political career to that famous photograph of him laughing in the face of a riot cop during May 68, the old man feels the need to feign some consistency, to pass off as maturity his mere opportunism and decrepitude. Daniel Cohn-Bendit, the type of man who "loses the faculty of indignation and mistakes its loss for intelligence" (1), wants the whole world to grow old and rotten along with him.

(Unless we are mistaken, the negation of revolutionary necessity does not actually form part of the Greens' aims and objectives.)

There is no danger, however, that he will have the power to convert the truly rebellious. For them there is no question over the need to put an end to the massacre of bodies and minds which has gone on for thousands of years. Cohn-Bendit will make a unique impression on fools (who are legion), but he will be no more successful in his cretinising mission than all the other handmaidens of manipulation who daily toil in the lecture halls and in the media. Compared to them, he's just a drop in the ocean.

But as for this lecture which supposedly highlights the 40th anniversary of May 68, coming as it does from the man who was May 68's false icon, we regard it as a provocation.

Let's give Cohn-Bendit neither the satisfaction of a compliant audience, nor the unanimous bleating which is such music to his ears.

(1) Louis Scutenaire (Belgian Surrealist): "When Man loses the faculty of indignation, he mistakes its loss for intelligence". 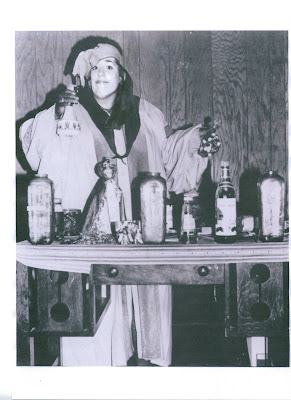 They put on their boxing gloves to smash our homes 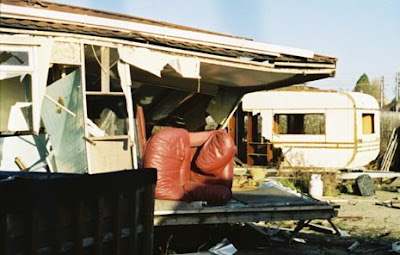 Community-building for the Olympics
Posted by Pearl Handel at 4:01 pm 2 comments:

A WORD TO THE WISE

Is it possible that in place of a classical-military-capitalist-ecclesiastical racket there has come into being a romantic-cultural-soi-disant co-operative-new uplift racket ready and delighted to use the "universal truths of romanticism – co-eval with the evolving consciousness of mankind" [Herbert Read] as symbols and tools for its own ends? Our "advanced" poster designers and "emancipated" business men – what a gift Surrealism is to them when it is presented in the auras of "necessity", "culture" and "truth" with which Read and Sykes Davies invest it.

To the real poet the front of the Bank of England may be as excellent a site for the appearance of poetry as the depths of the sea. [...] "Coincidences" have the infinite freedom of appearing anywhere, anytime, to anyone: in broad daylight to those whom we most despise in places we have most loathed: not even to us at all: probably least to petty seekers after mystery and poetry on deserted sea-shores and in misty junk-shops.

[...] But so deadly agile is man's mind that it is possible, even easy to form a series of "truths" and "loyalties" which produce imitations of the creative powers of non-selectivity; forgetting that Surrealism is only a means and believing in the "universal truth" of it; or again, still relying on aestheticism to the rules of which Surrealism has now been added. [...F]or the English to awaken from the sleep of selectivity, what a task. And to be already a "painter", a "writer", an "artist", a "surrealist", what a handicap.

Humphrey Jennings, 1936
(in a review of Herbert Read's Surrealism)
Posted by Pearl Handel at 10:45 am No comments:

O charming sex, you will be free: as do men, you will enjoy all the pleasures of which Nature makes a duty, from not one will you be withheld. Must the diviner half of humankind be laden with irons by the other? Ah, break those irons; Nature wills it. For a bridle have nothing but your inclinations, for laws only your desires, for morality Nature's alone; languish no longer under brutal prejudices which wither your charms and hold captive the divine impulses of your hearts; like us, you are free, the field of action whereon one contends for Venus' favors is as open to you as it is to us; have no fear of absurd reproaches; pedantry and superstition are things of the past; no longer will you be seen to blush at your charming delinquencies; crowned with myrtle and roses, the esteem we conceive for you will be henceforth in direct proportion to the scale you give your extravagances. 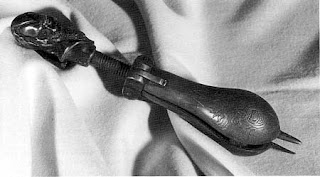 THE DEBATE ON PUBLIC ART 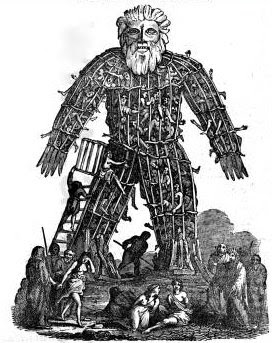 Our suggestion for the Angel of the South
Posted by Pearl Handel at 2:22 pm 3 comments: