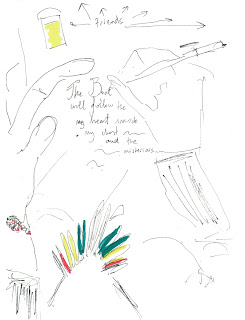 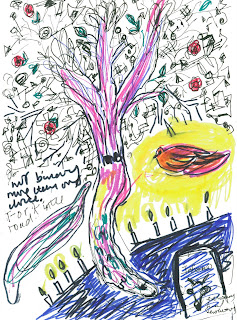 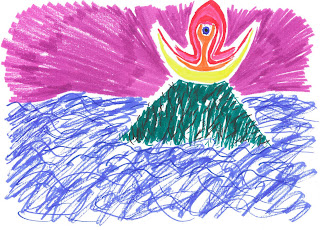 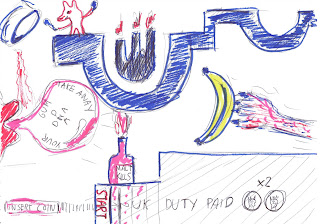 The ship comes from the ocean and goes deep into the waterfalls of change where a new life is waiting for its crew.

The captain and the sailors know that nothing will be the same after they reach their final destination full of despair. 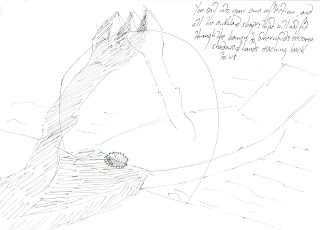 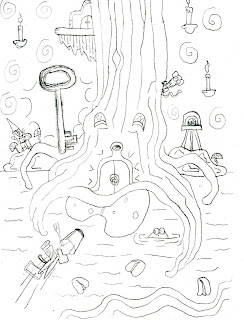 Posted by Pearl Handel at 3:54 pm No comments:

SLAG is an organic children's bagatelle game that is surprisingly warm to the touch, and never stops moving. You tilt a board in order to drop different sized and shaped ball bearings into the appropriately-shaped holes. When all the holes are filled you will be left with an assortment of viciously heavy ball bearings of random sizes and shapes rolling around your tidy little board in an uncontrolled manner.

SLAG has uncountable long tentacles, many heads, and alarmingly knobbly skin. For that reason we keep feeding it with the same food that we eat, hoping that in our common effort the struggle will bring us the much desired liberation from the market economy. Its inhuman erection will not be confined. Slamming its hips back and forth with a monstrous quality, exposed in the middle of the woods, SLAG howls its climax to the moon, its panting breaths ghosting over a snow-white back.

Set apart from others by nature and choice, this team of Surrealism's mightiest loners have embarked on a string of strange adventures rarely equalled — joined by some of the most off-kilter heroes of their time. They do not believe in the system and do not like convectional pet food.

Sorcery! Super-science! The war of the super-heroes! This is SLAG.
Posted by Pearl Handel at 1:32 pm 9 comments: 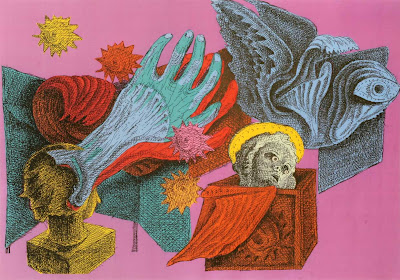 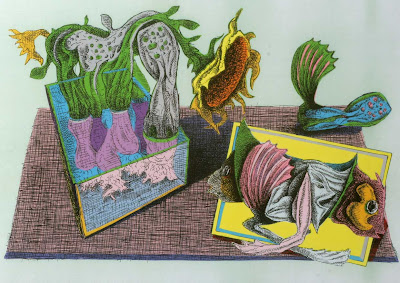 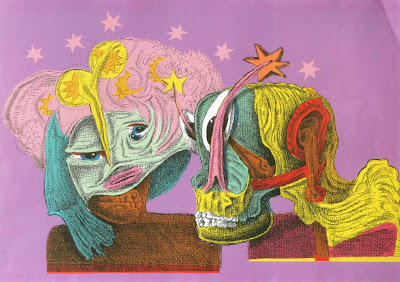 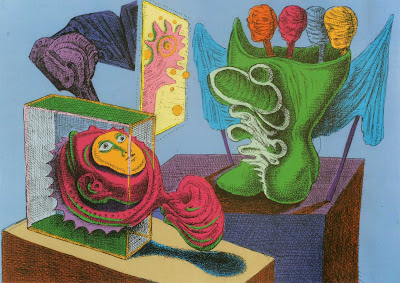 The Spiritual Powers of Sister Winchester 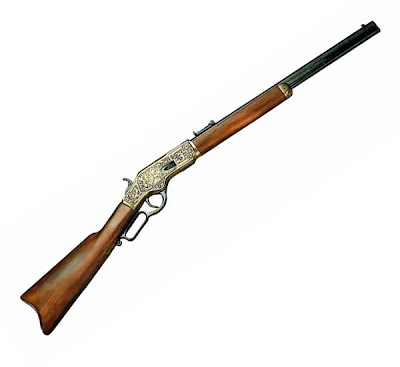 Do not compare me with other physics or false profits

Posted by Pearl Handel at 4:17 pm No comments:

A STEP INTO THE MEDIUM'S CABINET: Tuesday 26th February

On the evening of Tuesday 26th February, SLAG regulars and friends will be meeting somewhere in central London to consider the poetic possibilities of cheesecloth and egg-white.

For further information and/or to join us for the evening, email us at the usual address.
Posted by Pearl Handel at 2:36 pm No comments: 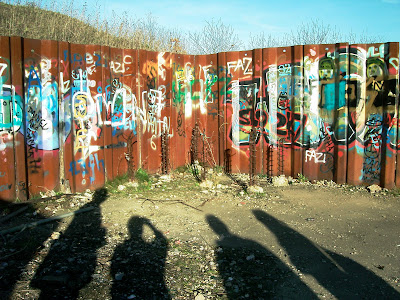 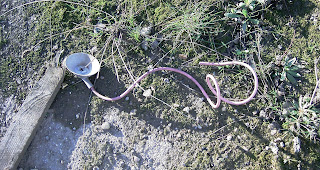 Object found by Merl and interpreted by Nacho
Posted by Pearl Handel at 1:08 pm No comments:

A WORD OF ENCOURAGEMENT TO THE VOTERS OF AMERICA

Still can't decide which dead horse to flog? SLAG is proud to offer its endorsement of the following candidates:

Hi, I’m Mike Huckabee. This week I’ve personally saved 248 babies from death by abortion. They didn’t thank me, the ungrateful little fucks, but the doctors tell me that’s because foetuses don’t have cognitive skills. So what, I said, nor do my campaign team. At least these little shavers are all white, or pinkish-grey at the very worst. I ain’t saving no goddam (pardon my language ma’am) Democratic voters, no sirree bob. 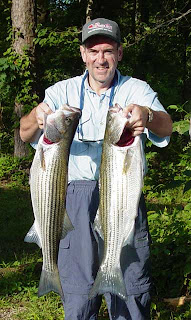 Them goddam Yankees are even against my plans to strip illegals of their driving licences, lock them in unroadworthy vehicles without lights, and leave them on the California Freeway in the middle of the night. This rejection of traditional American values is out of step with the wishes of ordinary American evangelists who are just peacefully getting on with killing abortion doctors. My campaign for greater backwardness is meeting a response amongst good old folk like this lovely couple I met while stalking liberals back home in Arkansas (picture, right).

I believe in the unbridled growth of American children, and anyone who’s against this will feel Chuck Norris’ cold steel through their pinko guts. My economic plan for this great country is based on producing more films such as “Chuck Norris Tells Students to Vote Huckabee or He’ll Kill Them” (with a soundtrack of death metal bass guitar, written and played by me and my lovely family, because my family are the most important thing in the world to me outside of personal political power, and stockpiling more saved babies).

Vote Huckabee, because the only abortion I support is the Republican Party.

So the other day this woman asks me why I would make a good President of the World. I said to them,
“I went to see the Queen.”
“And you lifted the siege?” she asks.
I did not care for her presumption. She says at once to me that he would make the first word from his mouth speak volumes. I said:
“But he cannot use his fingers!”
and she replied, with a smirk,
“You may be good at picking pockets, Mitt, but you ain't so good at picking whores.”
Vote for Mitt! 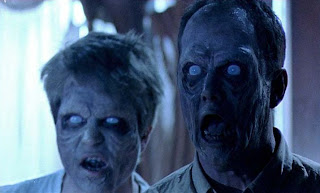 For a new beginning from beyond the grave. Representing not just war veterans, but also the reanimated war dead. If you think I’m old, wait till my voters return from their graves, too. 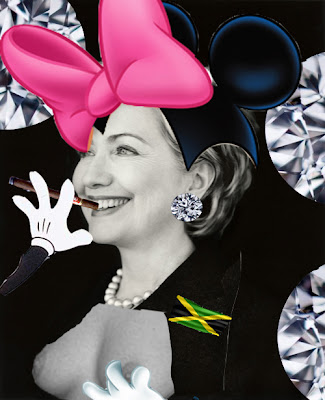 I came from Srikakulam District in India (AL). I trained by three Gurujis in dangerous forests from 5years old. I had servere prayers and learning experience for jothikams, vashthu, for ten years.

You will come to know about your past, present and future by hand prediction, horoscope, intending persons may contct for job, family matters, education, business, marriage, sickness, promotions, visas, abroad, money etc. with craft will be cleane by performingpoojas and prayers and protection from enermies.

Also herbal and ayurvedic treatment for more than 360 kinds of diseases without any side effects. 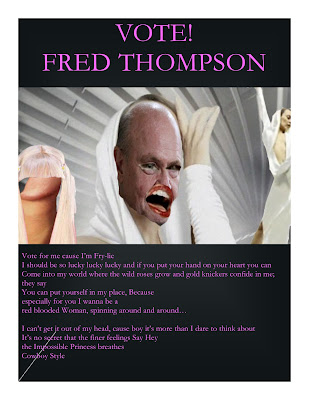 Click on the image to read Fred's message to the electorate 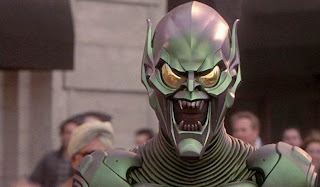 Posted by Pearl Handel at 9:50 am No comments:

Call Us, We Are Always Open 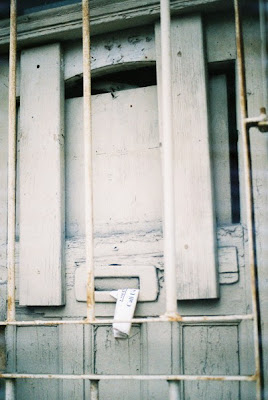 I'd like to give you one. Then you could give me one.
Posted by Pearl Handel at 8:15 pm No comments:

Ah, happy days. To stand at a urinal, casually taking a look at the genitals of the man beside you. Catching his eye as he looks at yours. A brief flicker of the eyes back towards the cubicles as you feel lust surge physically through your loins, and see it rise in his. The quick step back into the cubicle, lock yourselves in, and satisfy your desires in a sticky, palpitating mess.
This self-assured determination to live the lusts of our imagination, to occupy all the spaces available to us, sets the moral fibres of local government mandarins a-twitching. (Of course, they're knee-deep in corruption and financial scandal, but they're also grubbily, complacently, heteronormative, hence the belief that their authority reaches within our underwear).
Embankment Garden public toilets in London have recently been completely rebuilt, seemingly with the sole intention of preventing casual sex. Gutted and refitted, they have re-opened with some obvious changes. Gone are the wall urinals. They have been replaced with half-stalls, the partitions of which are just wide enough to prevent you peering at the cock of the man beside you. Gone are the full-length toilet doors behind which two men could quite happily sneak for a quick fuck or whatever else came into their filthy minds. In their place are fitted saloon-doors which expose the knees of anyone sitting on a toilet bowl, and are clearly designed to reveal when more than one person is in the cubicle. In their desperation to police our morals, they won't even allow us to shit in dignity. (I am ruling out the idea that the council planned to encourage voyeurism of the knees of shitting men - a very specific form of gonuscopy - for sexual gratification).
I wonder what it cost the taxpayer, this prurience? For the councils pissing our money away up the (discreetly individualised section of) wall, this is clearly justified by dominating our sex-lives in the name of their morality. They want to keep you away from the dirty boys you really want to play with, they want to act as your mummy, and tuck you up with your hands safely outside the covers so you can't play with yourself. Get this - they're your genitals and it's your city. You owe it to yourself to have a fuck in a toilet every now and then. It's good for you.
Posted by Pearl Handel at 7:25 pm 2 comments: