On 22 January 2006 we announced the formation of SLAG ~ Surrealist London Action Group.

On 22 January 2016 SLAG will be formally dissolved.The dissolution will be enacted in a ritual of love, destruction and creation.

slag (WASTE) noun [U] waste material produced when coal is dug from the earth, or a substance produced by mixing chemicals with metal that has been heated until it is liquid in order to remove unwanted substances from it
See also slagheap

Ten years ago SLAG arrived on the scene in a burst of piss and vinegar. Vigorously biting every hand that tried to feed us, denouncing everyone and everything that didn’t meet our necessary and impossible ideals, we quickly gained a reputation for obnoxiousness and belligerence that we have proudly striven to live up to ever since.

But as time went by we also began to gain a reputation for hyperactivity in the pursuit of the Marvellous, through incessant games, enquiries, declarations, provocations, and energetic participation in international shows and initiatives. Individual SLAG members have come and gone – some forcibly ejected, some choosing other paths, some simply wandering off never to be seen again – but the group has continued, fierce and fanatical and true.

And for us it’s always been the group that’s the thing. SLAG was founded on the principle of collectivity. For a Surrealist group to be worthy of the name, it must be more than the sum of its parts: the group must take on its own life and dynamic, above and beyond the individuals involved, and it’s this presiding spirit that speaks through our games and activities, in ways that we ourselves can neither determine nor predict. In our finest moments this spirit has manifested itself with immense power: as the tyrannical space-queen Sagal, whose effigy we dragged to the top of an alp and who still refused to burn; as Lejman the scientist, who inhabited a barometer with eight children and communicated with us through Ouija; as dolls, amulets, imaginary friends, an army of dreamers, Holborn golems, the fearful Baron Satan, and invisible hands on the planchette… The intoxication of those moments is what has kept us going, kept us together, kept us all coming back to SLAG meetings again and again.

The results of our games and experiments have been too numerous and various to catalogue, but there’s one result that’s been more important than all the others and that we’ve rarely referred to in public: love. We often delight each other, we no less often annoy each other, we sometimes even bore each other, but in the process we’ve forged such powerful bonds that we have never ceased to love each other. Our external belligerence might even be a measure of our internal tenderness, as we have fought tooth and claw to protect our strangely glistening secret treasure.

Love brooks no substitutes, and neither does Surrealism. Nothing can replace the regular face-to-face meetings that are a Surrealist group’s lifeblood – are, in fact, what constitutes the group as such. It bears repeating in these days of virtual friendships and on-screen simulacra: the presiding collective spirit of a Surrealist group demands tribute in flesh and blood. Electronics can facilitate conversations and maintain friendships at a distance, but they cannot replicate the spherical alchemy that takes place when a group of Surrealists is really together, encountering itself in body and mind.

This kind of collectivity is the principle on which SLAG was founded. It is also the principle on which SLAG is now being dissolved. Individual lives have changed, and there are now more SLAG members living outside of London than in it. We’ve often been bastards, but we’ve never been bullshitters, and we’re facing it squarely: when we reach the point when SLAG can no longer meet regularly, then SLAG will no longer exist. In January we die.

To all those we’ve attacked, denounced and offended over the years, we’d like to say, with a smile of nostalgia and farewell: we meant every word. Fuck you.

To our friends and comrades in the Surrealist movement, and also to those who have simply looked on with bemusement, we issue one last invitation – to grind your bones to make our bread. And vice versa.

On the night of Friday 22 January 2016, in a private venue in London, there will be held a ritual in which SLAG will die – and something new will be born.

Our friends, comrades and fellow travellers around the world are invited to send us found or made objects that we can use in this final ritual. We will assemble a corpse from all of the objects we have found and received, and we will place the corpse inside a specially prepared coffin.

Then, on Friday 22 January, all of the members of SLAG who are able to attend in person will perform a ritual with the coffin and corpse.

When the ritual is concluded, we will hold a wake, bidding SLAG farewell by eating, drinking and making merry around the coffin with our friends.

At the climax of the party, the next phase will begin. The coffin will be emptied, and the contents used to create something new. This will mark the formal beginning of a new Surrealist group, rising from the coffin of the old – a mixture of former SLAG members and newcomers, doyens and debutants, setting out together in search of new treasures. SLAG will be over, but the collective adventure will continue.

The event will be documented here on the Robber Bridegroom as it unfolds.

…Hitched, ragged panting, demons from afar prick their ears,
Tears of joy in their eyes, tears of recognition.
Afflicted thus, they look at each other in surprise, confusion,
Obblusion, they begin to ready themselves, smash.
Crashing they fall into each other, giddy, tickling,
Prickling poking anticipatory eggshells,
Rum-soaked, oak-fucked, hum-doked...

(Excerpt from Heliotrophic by Elva Jozef)

Surrealist London is a city that will always remain to be invented
To find out what comes next, or to get involved, email t6u6l6s AT gmail.com

Posted by Pearl Handel at 5:00 pm No comments:

This project began when one of us was struck by the divinatory character of a found object. A photograph of the object was circulated at a group meeting, where it was identified and named as a divination card.


Posted by Pearl Handel at 6:35 pm No comments: 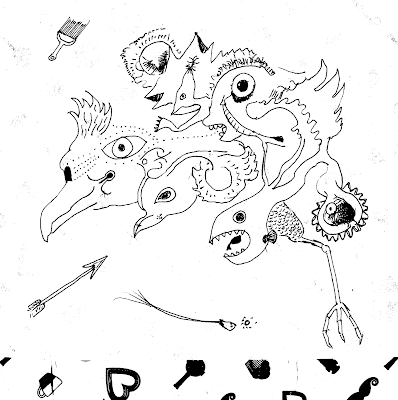 The Little Shop of Magic

The Little Shop of Magic

Find in corners, on shelves, on the walls
and in cabinets, Framed, Unframed
In Imagination, In text, On Paper,
In Books, pamphlets, Through a Spy
Glass Use a Glass to spy
A compass to find A map to read
In the Dark A Flame to Illuminate 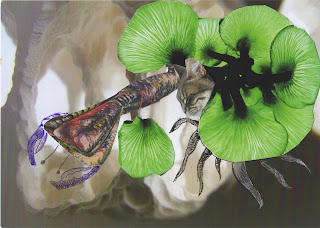 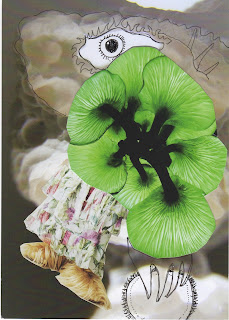 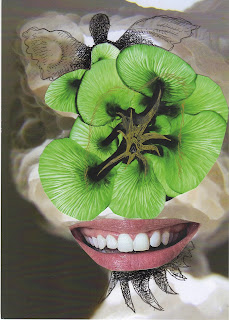 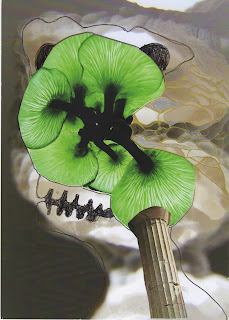 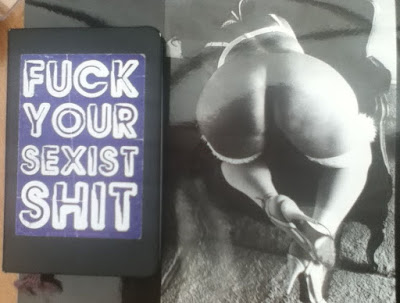 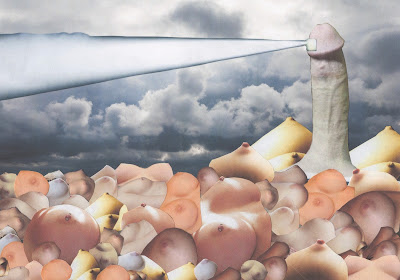 Posted by Pearl Handel at 8:20 pm No comments: 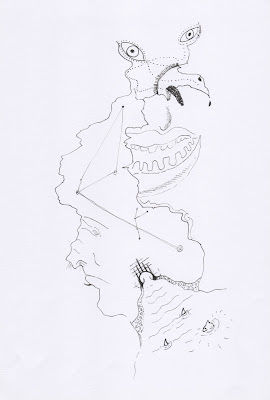 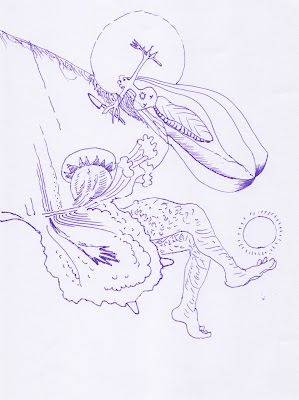 At a recent meeting we discussed the testing of personality types. This prompted questions not only about the identification of such types but also about their cultivation and possible stratification into hierarchies. This discussion took place within and alongside a consideration of childrens' games, particularly dollhouses. These can be compared to the use of empty buildings for sexual assignations in rural areas. 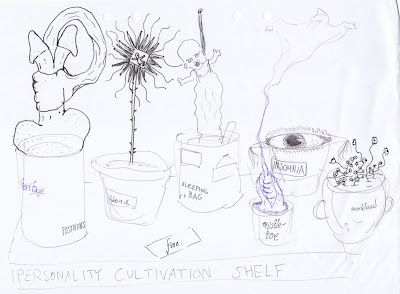 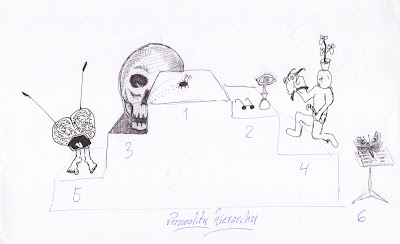 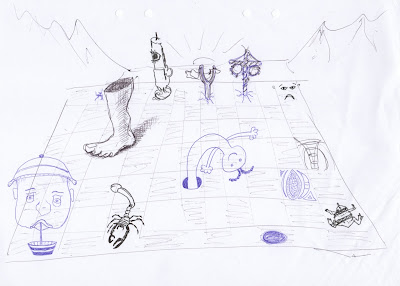 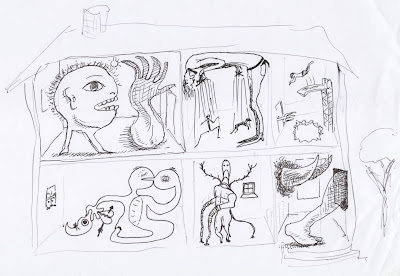 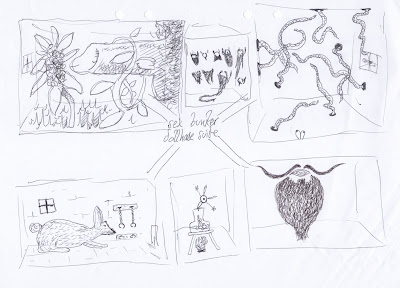 The World Of John Andersson

A film by Love Jonasson

Posted by Pearl Handel at 9:46 pm No comments:

We opened a copy of Maldoror at random and read the words: Let us recall the names of those imaginary beings of angelic nature…

So we recalled their names through automatism, and then drew their portraits. 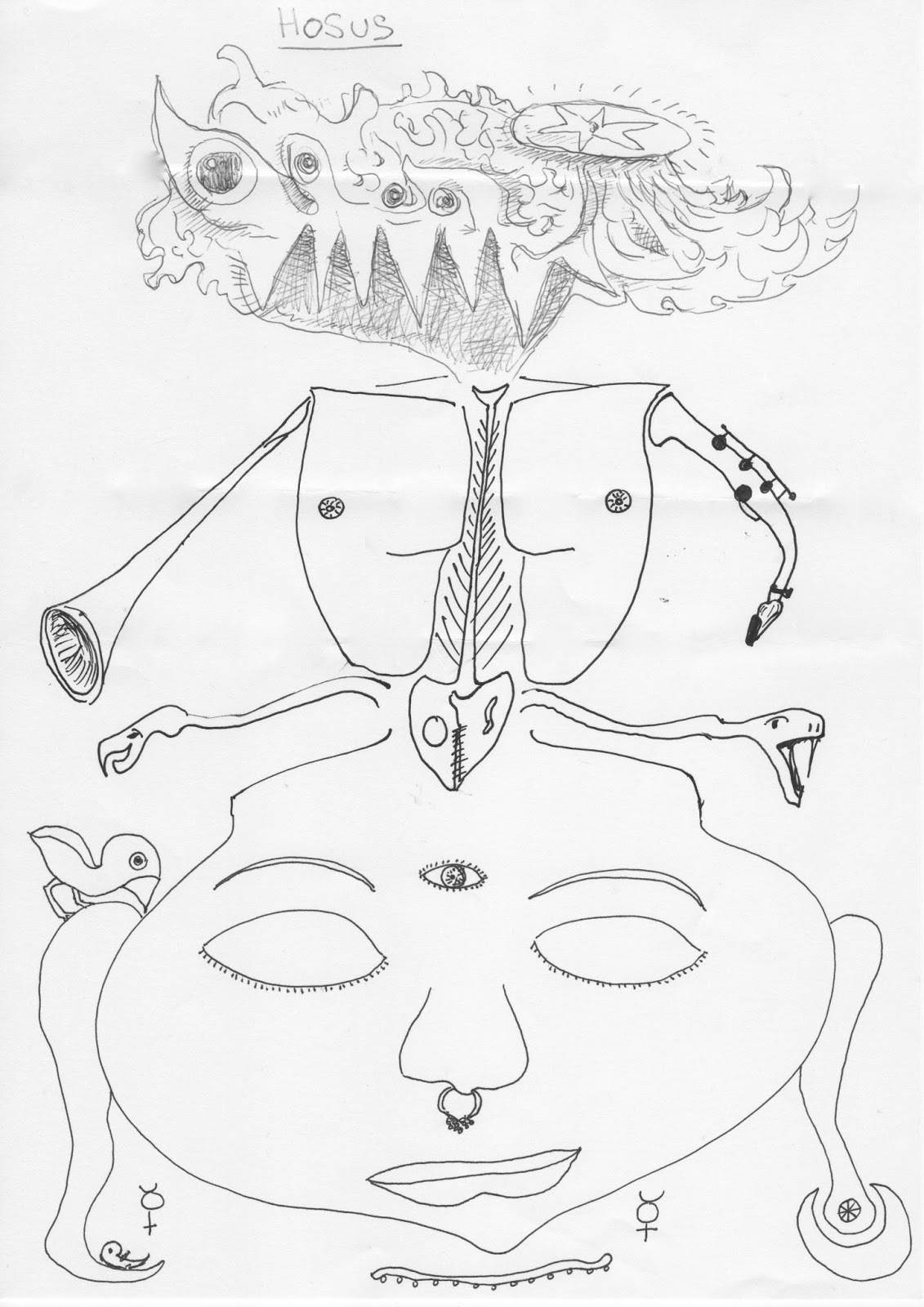 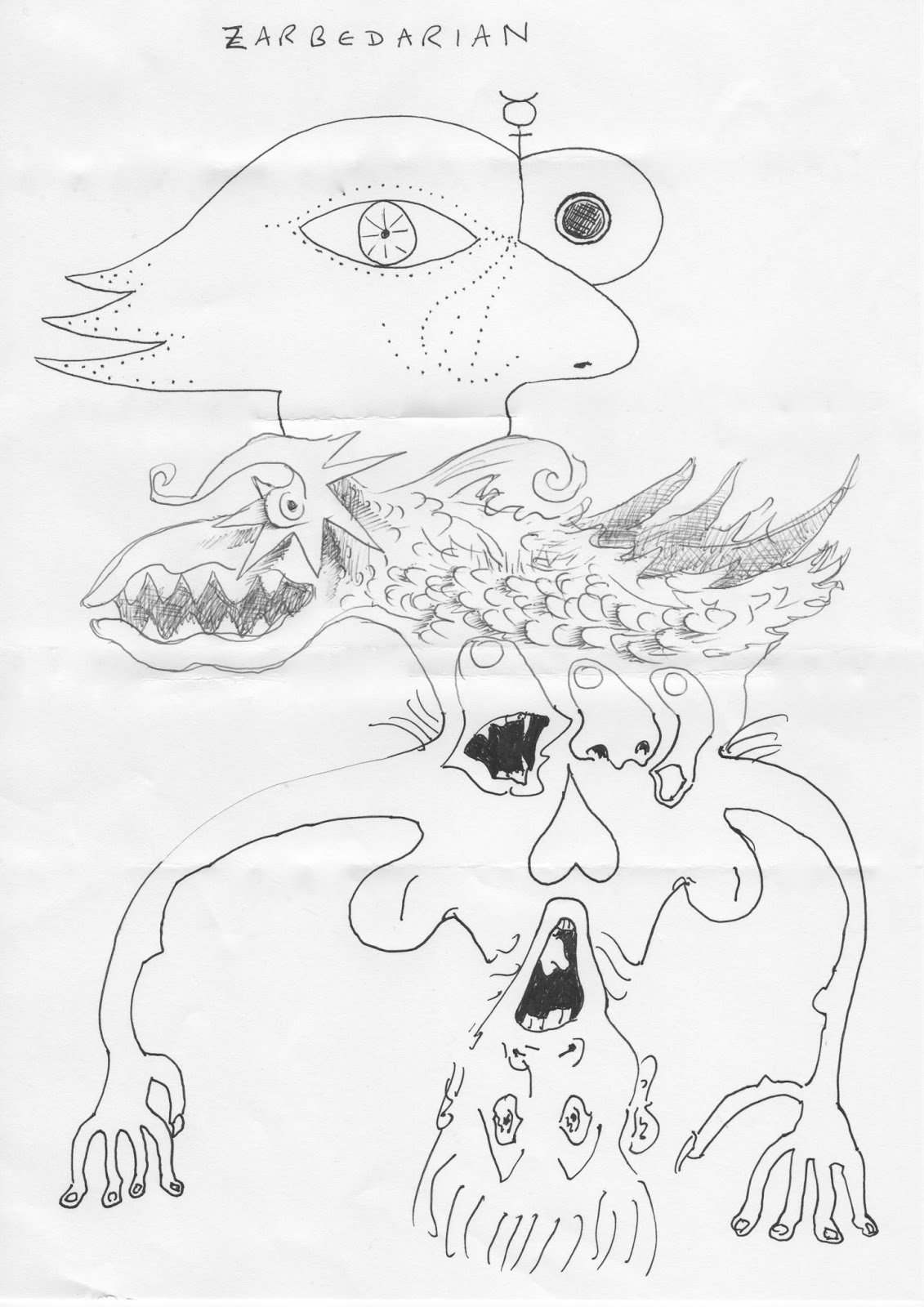 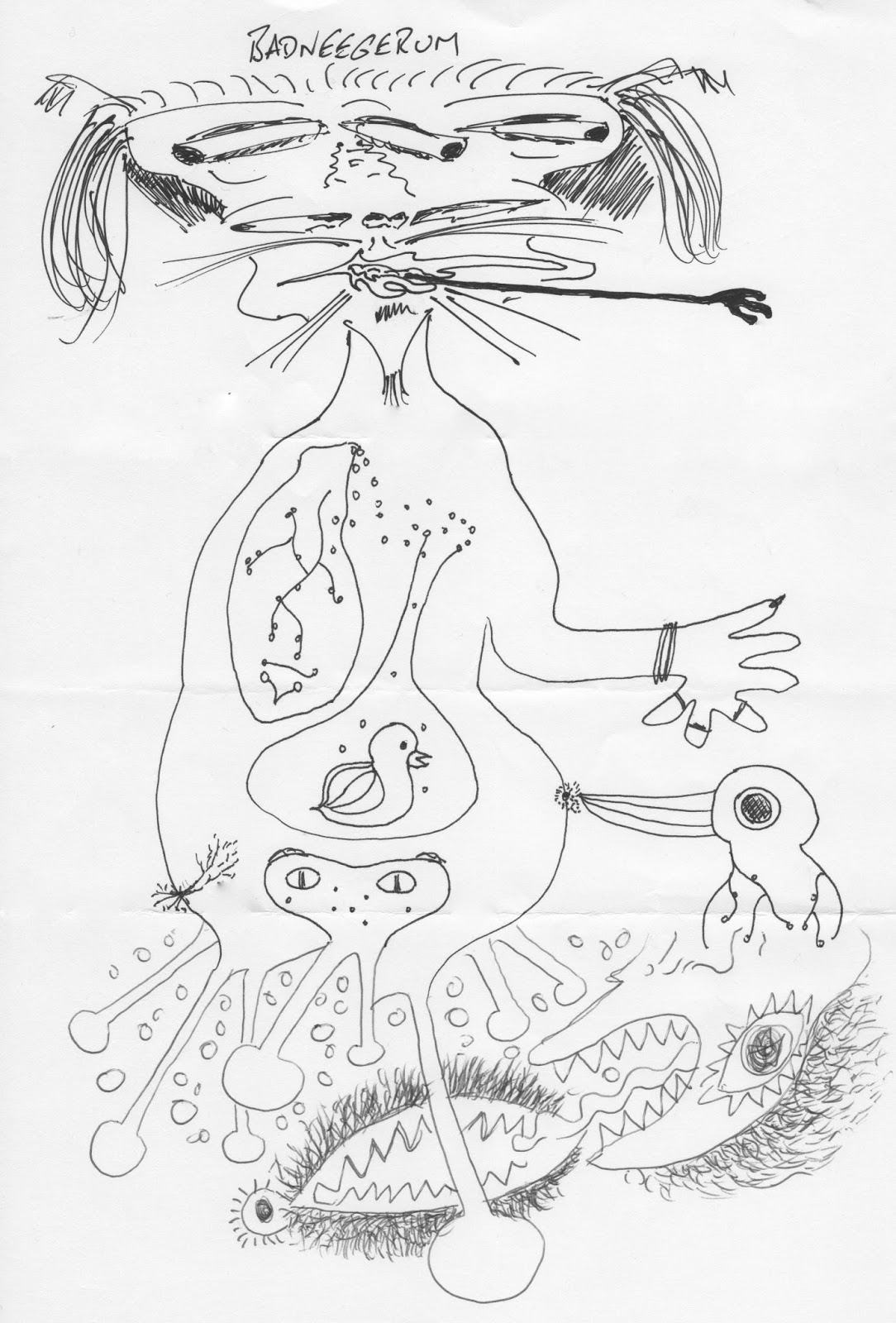