The odour of lions

Russian TV news coverage of the civil unrest over the weekend reported that the lions and tigers had escaped from London Zoo and could be heard roaring in the streets. In a few words this beautiful story conveyed more truth about what has been happening than the whole of the UK media coverage combined.

The ruling class’s version of events has been enthusiastically embraced by every section of the British press. Whether wringing their hands or shaking their pitchforks, the cry is the same: Call the cops! Call Supernanny! Call Broken Britain! But on the few occasions when any of these media wankers actually bother to ask anyone why they are out on the streets, the response is clear and immediate: they are angry with the police. It’s not about looting from a society that’s already looted their futures. It’s about the racist, contemptuous, murderous, out-of-control police whose job is to defend that society.

That’s what it all comes down to. On one side, several generations (it’s not all just kids, as the media lip-smackingly loves to remind us) whose tempers have given way after lifetimes of alienation, exclusion, criminalisation and contempt. On the other, a “big society” unanimous in its determination to respond to their anger with more policing and – if Her Majesty’s so-called Opposition had its way – more police.

And as police powers are ratcheted up and the armoured vehicles roll into town, the water cannon won’t just be aimed at a supposedly small minority of badly parented “trouble-makers”, but at anybody who gives the ruling class a pain in its currently rather tender arse. Don’t roll over and play dead. This is not a game of sleeping lions. 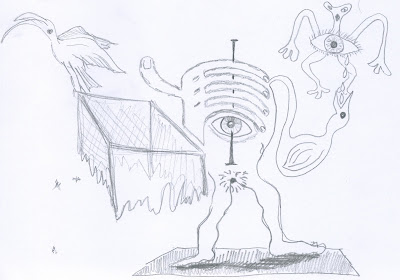