You, Ruth! are rather insolent, you know
At being disappointed in your wish
To supersede all warblers here below,
And be the only Blackbird in the dish;
And then you overstrain yourself, or so,
And trickle downward like a stream of pish,
Still able to render service to your class,
By beating your padel on its flatulent arse. 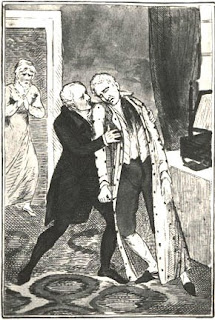 Charles Darwin swoons at the discovery
that genetic stock can go down as well as up.
Posted by Pearl Handel at 12:46 am No comments:

Which way to the Outside?

For several years now our comrades in Madrid have seeking out ways to re-arm Surrealism in the face of the Spectacle. Beginning with their controversial and difficult tract The False Mirror (2000), they have pursued a number of critical lines of thought, from poetic materialism and the critique of the image, to more recent experiments such as Eugenio Castro’s “inactions” (one of which he contributed to the 2007 SLAG Festival). The new book The Exteriority Crisis: From the City Limits and Beyond (Oyster Moon Press, 2008), co-edited by Eric W Bragg, Eugenio Castro and Bruno Jacobs, presents a series of essays and reflections on “exteriority” as another such line of thought.

The collection contains 15 essays in all, with a short introduction by the editors. Most of the essays were originally written and/or published in Spanish and are made available here in English for the first time. The essays are presented in roughly chronological order, starting with Mattias Forshage’s 1997 essay on “Worthless places” and culminating in Castro’s essay “Surreality and exteriority”, which in some respects can be seen as a summation of the questions raised across the whole book. The chronological presentation allows the reader to trace the recent development of certain Surrealist approaches to space and place, from the first explorations of the atopos onwards. The notion of “exteriority” as such starts to make its appearance about half way through, perhaps beginning with Manuel Crespo’s “Garraf”, an essay first published in Spanish in 2005-6.

“Exteriority” hardly emerges as a stable or coherent notion as one reads through the book. At times one might be forgiven for thinking that there are as many understandings of “exteriority” as there are authors using the term. It refers variously to a direct sensual experience or encounter with reality (Manuel Crespo); “the brute force of the Marvellous” as discovered out-of-doors (Noé Ortega Quijano); the outside of the city boundaries, with the city understood as being coterminous with capital itself (Julio Monteverde) and/or as a space whose poetic possibilities are being systematically erased by capital (José Manuel Rojo); a hybrid space between the rural and the urban (Vicente Gutiérrez); or even the unknown as such (Ángel Zapata). These different takes on “exteriority” are not just disparate, but in some cases even seem to contradict each other, especially in their evaluations of the city and urban life. Nonetheless they all take as their starting point a shared conviction that the current phase of capitalism is enacting an aggressive mediation and homogenisation of everyday life, more or less totalising in its scope and effects, and that “exteriority” – whatever that means to each of the authors – offers a form of critique of and/or resistance to it. Most of these later essays also share the assumption that the specific form of that critique/resistance somehow lies in direct experience, uninterpreted encounters, unmediated reality – in the words of Castro’s closing essay, in “the delirium of absolute presence”.

Thus in effect there are two very broad senses of “exteriority” in operation of the book, not often clearly distinguished, and each full of its own internal nuances and contradictions. On the one hand, there is exteriority as the “outside” of capitalism and the mediation of the Spectacle; on the other hand, there is exteriority in the more literal or geographical sense of being out-of-doors, especially in non-urban or so-called natural environments. In a small number of essays (Crespo, Quijano, Monteverde, Castro) these two senses coincide, although the exact relationship between them is not always thought through or explicitly acknowledged.

Insofar as the book seeks merely to chart the development of notions of “exteriority” to date, the concept itself remains a work-in-progress, and the collection as a whole stands as an invitation to further thought and experimentation rather than as a definitive statement. Nonetheless there are points of weakness and obscurity which the editors could well have addressed, either in their joint introduction or in their own individual contributions. For example, both Castro’s final essay and the editors’ introduction state that exteriority is “not comparable to” the Romantic Sublime, but they do not bother to explain why, and there are certainly moments elsewhere in the book, such as in Gutiérez’s account of the Norwegian fjords, which do indeed seem comparable to the Sublime. This cryptic remark by the editors about the Sublime also raises another major flaw of the book as a whole, namely the sloppiness of the editing and, in many cases, of the translations themselves: what the English text actually says is not about the Romantic Sublime but about “the sublimation of the romantic absolute”, just one example in a long list of incorrect or fudged translations, basic grammatical errors, botched references and frankly embarrassing spelling mistakes (“Shopenhauer”, “hypocracy”) for which there is really no excuse, and which do great disservice to the contributors.

As well as the notion of “exteriority” itself, which remains to be developed, the book also raises other important Surrealist questions. One of these, of course, is the plausibility or otherwise of the understanding of capitalism and the Spectacle on which so many of the contributions rest. Many Surrealist readers will disagree that the Spectacle is quite so totalising, all-encompassing or straightforwardly triumphant as some of these essays assume; indeed one is sometimes left wondering just how any Surrealism can still be possible at all if the capitalist annihilation of culture and psyche alike has been so utterly relentless. Another issue which haunts the book is that of anthropocentrism, a term which is never explicitly invoked but which hovers behind many contributors’ evocations of the “outside” of human understanding and/or civilisation. At times the contributors’ encounters with the non-human “outside” seem to reach out into the non-human dimensions of the Great Transparents. At other times the rejection of what passes for civilisation under capitalism veers uneasily close to a rejection of technology as such and perhaps even of civilisation as such – a suggestion of the primitivism which has lurked in the background of a number of recent Surrealist discussions of civilisation and/or environmentalism, and which it may now be time for us to tackle head on.

So questions remain at the end of the book, both about the contents themselves and about their wider implications. The editors’ claim that “the abandonment [sic] to exteriority […] is one of the most urgent objectives at the beginning of this century” seems overstated, not least because there is still too little clarity about what exteriority is for it to constitute an objective just yet. But even if some of the book’s questions may be poorly formulated or posed on the basis of debatable premises, it is still valuable and perhaps even necessary to ask them. Open questions can lead to open spaces.

POSTSCRIPT ADDED 5th JUNE: Having read this blog posting, the Madrid Surrealist Group emailed me to say that they now consider their collective letter to Mattias Forshage as a reply to my comments too. 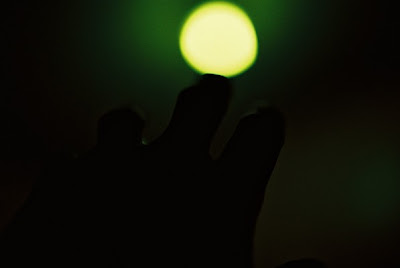 by Paul Cowdell
Posted by Pearl Handel at 1:17 pm No comments: 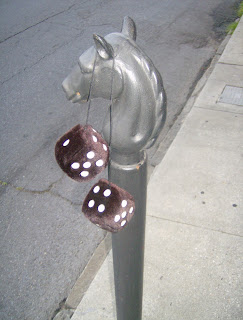 This mule or black defiant horse, whatever the way you see

Went one day to dig a city, the city of the Dead and of Music

To find the Mystères that feed the life.

Very happy the first day but not for long

Because emptiness had, the horse felt, overtaken the streets

No Mystères anywhere to be seen or heard

Instead cowardice and bla bla blas….

Oh! How sad the horse really felt! And she shouted: They are gone with the glorious past!

But our horse kept looking

The roots of the essence

Of the place that bore music and magic

And not much waiting needed, only the passing of a dark night,

That the next morning to a house the horse went,

About the Mystères…and that they weren’t gone,

Hidden yes, but never gone! Yes, one must look hard

And then the horse very happy went, feeding and feeding the belly with

Of Beautiful Women courting the married,

Of eternal memories written on bones,

Of knocking at the doors in the City of the Dead,

About wishing and pledges,

Of rythms’ birthplaces….. and our horse got the Feast!

That night happened that our horse got to know

That she and her party have been watched  and awaited

By a Queen, a descendant

Who opened the door of The Temple

Who called out the Elders, dancing with her voice and a drum,

Initiating our horse to the New Highest Life!

Details of how everything occurred

Posted by Pearl Handel at 1:58 am No comments: