The materialization of collective arbitrariness

Augusts game in the What Will Be almanac

1) Each participant receives a number of sealed envelopes, each envelope displaying a time on the outside and containing the name of a selected place in the city.
2) At the commencement, each player opens the first envelope and, on the way to the specified location, has to find an object to present as a gift to the player they meet upon arriving at the stipulated time. (The place and times are re-arranged so that all of the players meet one and other during the game.)
3) The two players at each meeting place exchange their objects.
4) Each player opens the next envelope and proceeds to the place named therein, finding an object on the way, and so on, until all of the other players have been encountered and their found objects received.
5) At the end of the day, each player has a number of objects from which she/he constructs an assemblage.
6) Each player writes an interpretation of the results of the game.

Here are our results… 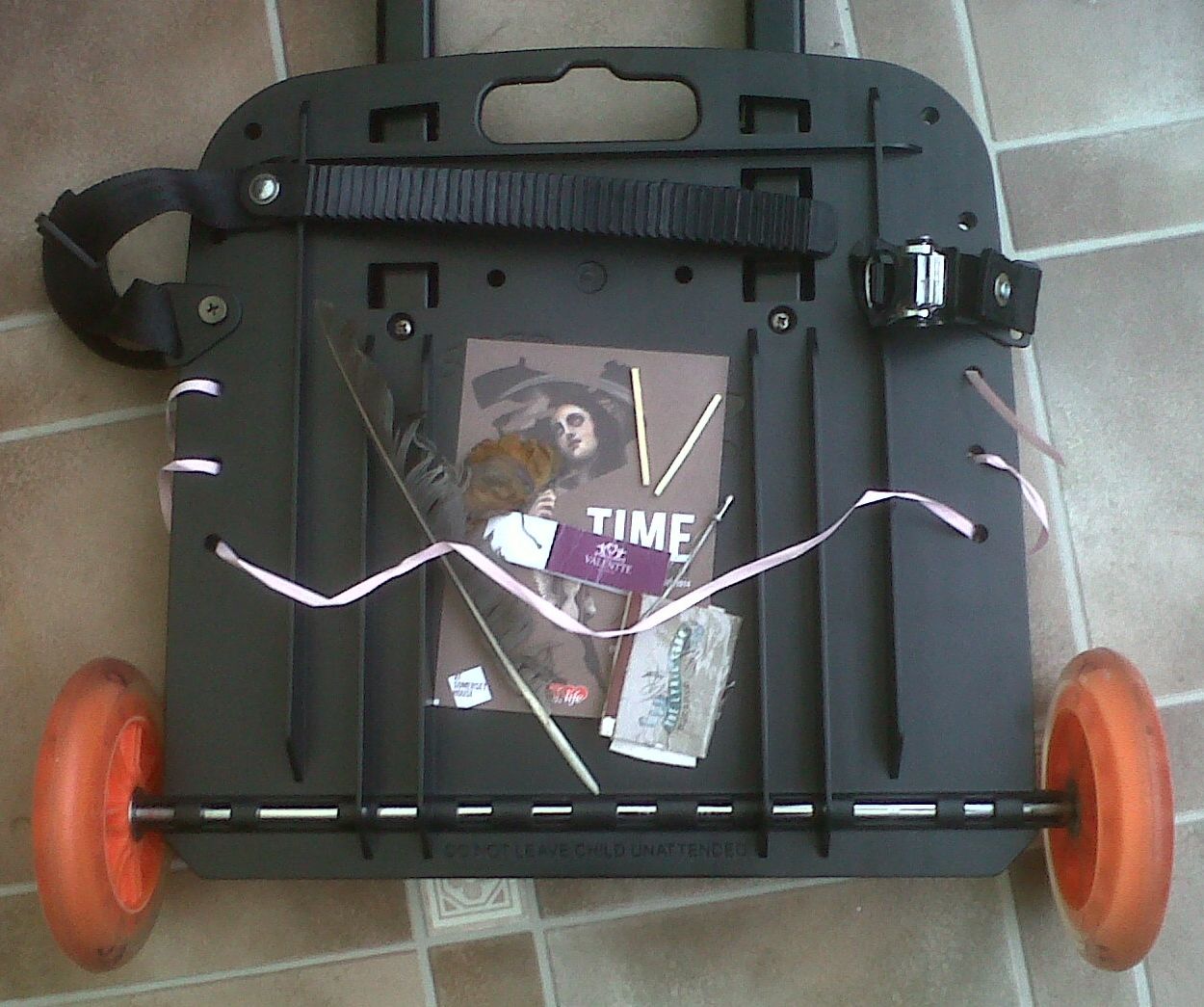 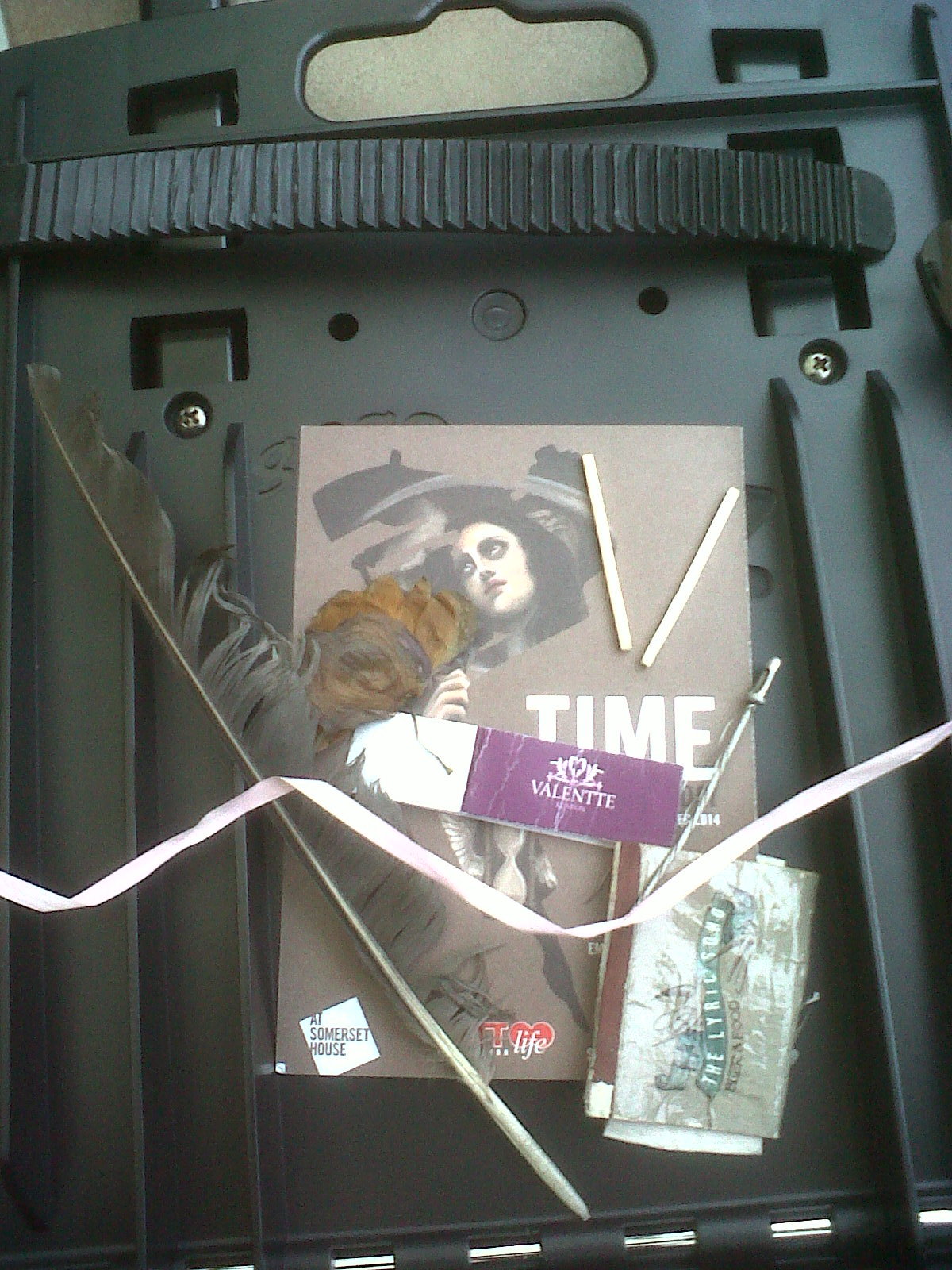 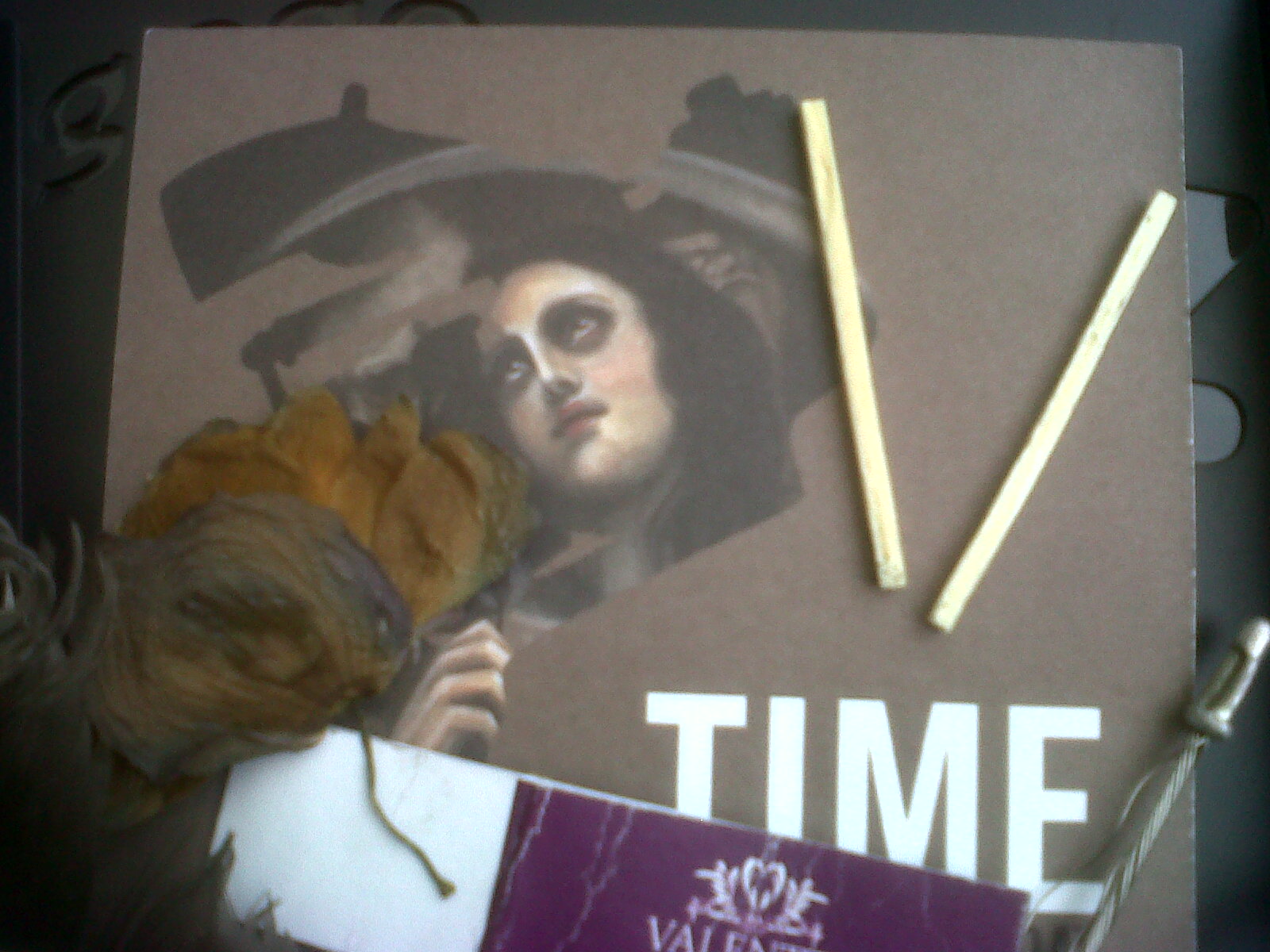 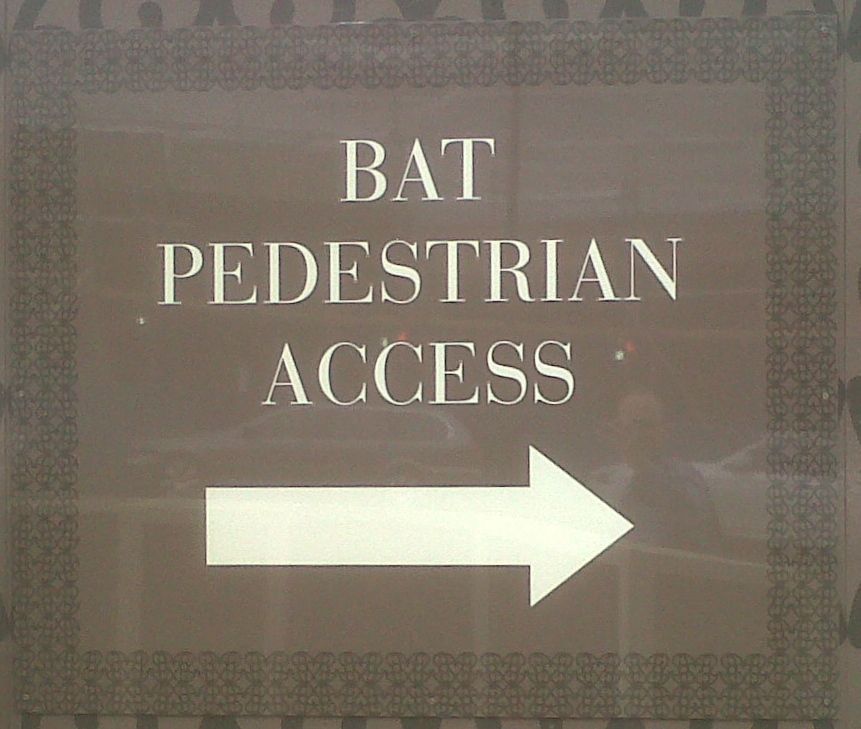 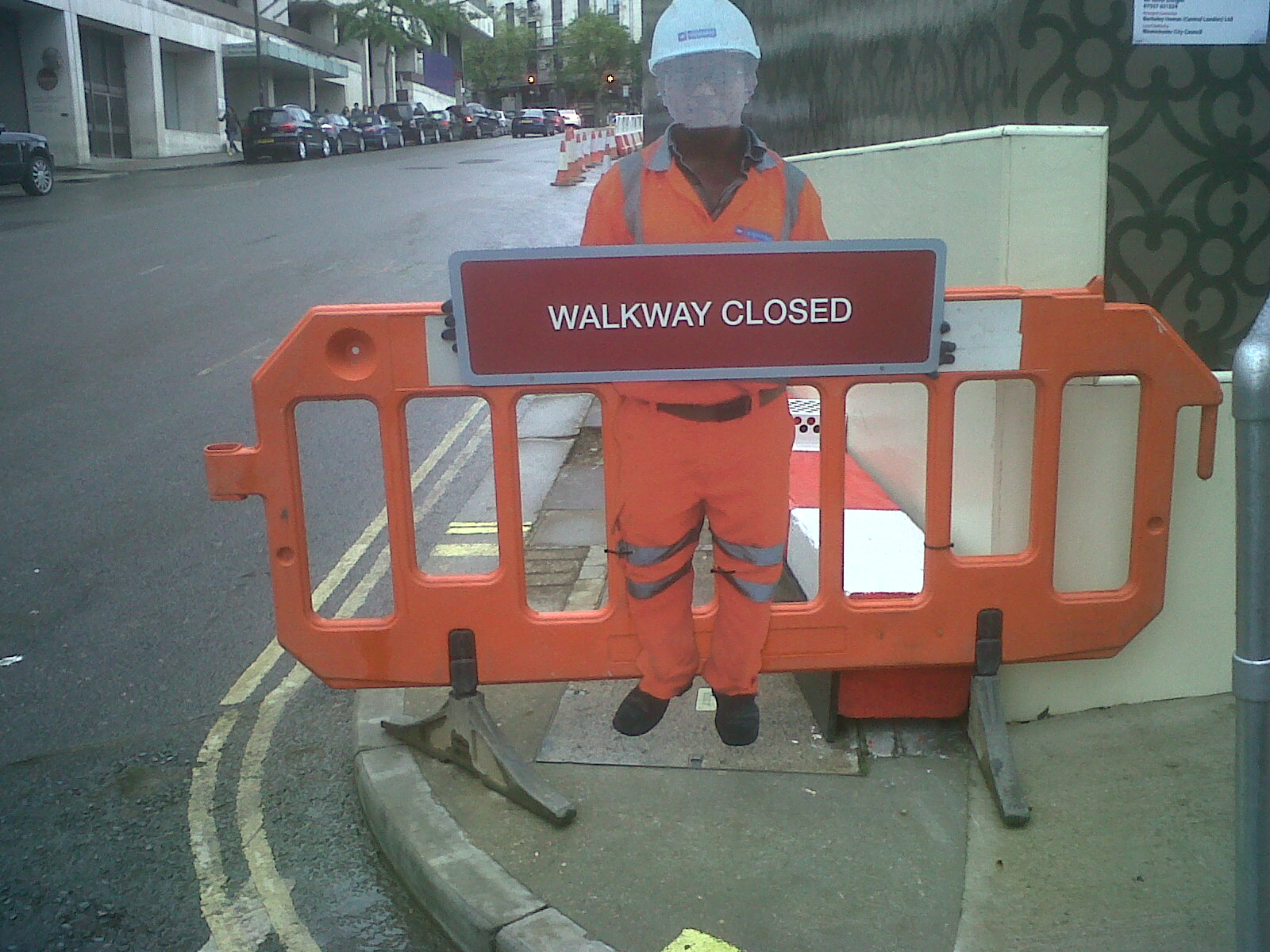 Onward Go-Go Babies
Onward go-go babies, marching off to war
Time is a ribbon of burning feathers and dead flowers for the war widows strapped to their widow's wheels. Buckle them down like ribbons on the big-screen ice, like the Marquis's beloved, strap them down and singe their fur.
Fighting down the walkway closed by flattened men with faces turned to toxic rain, walking with the bat pedestrians.
Do not leave the combustible child unattended. 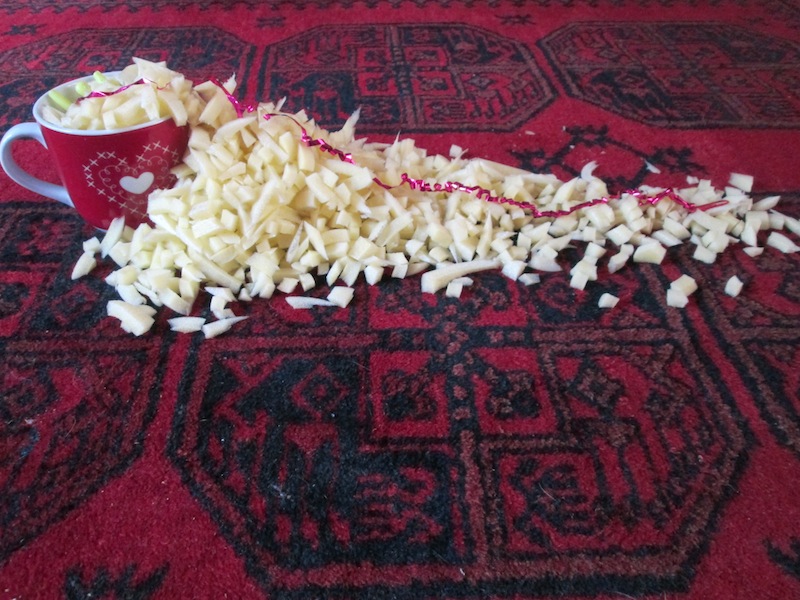 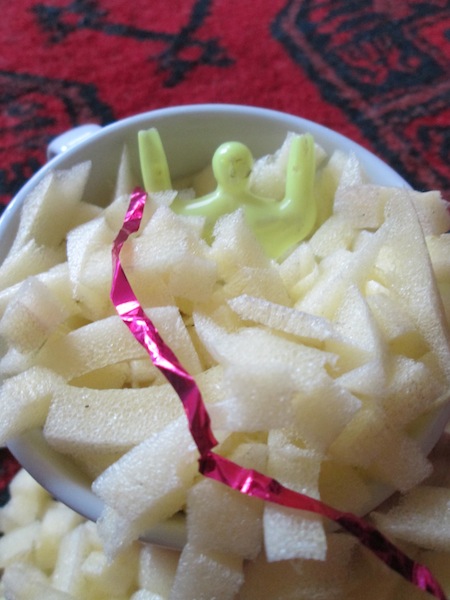 "My cup runneth over with fish and chips" 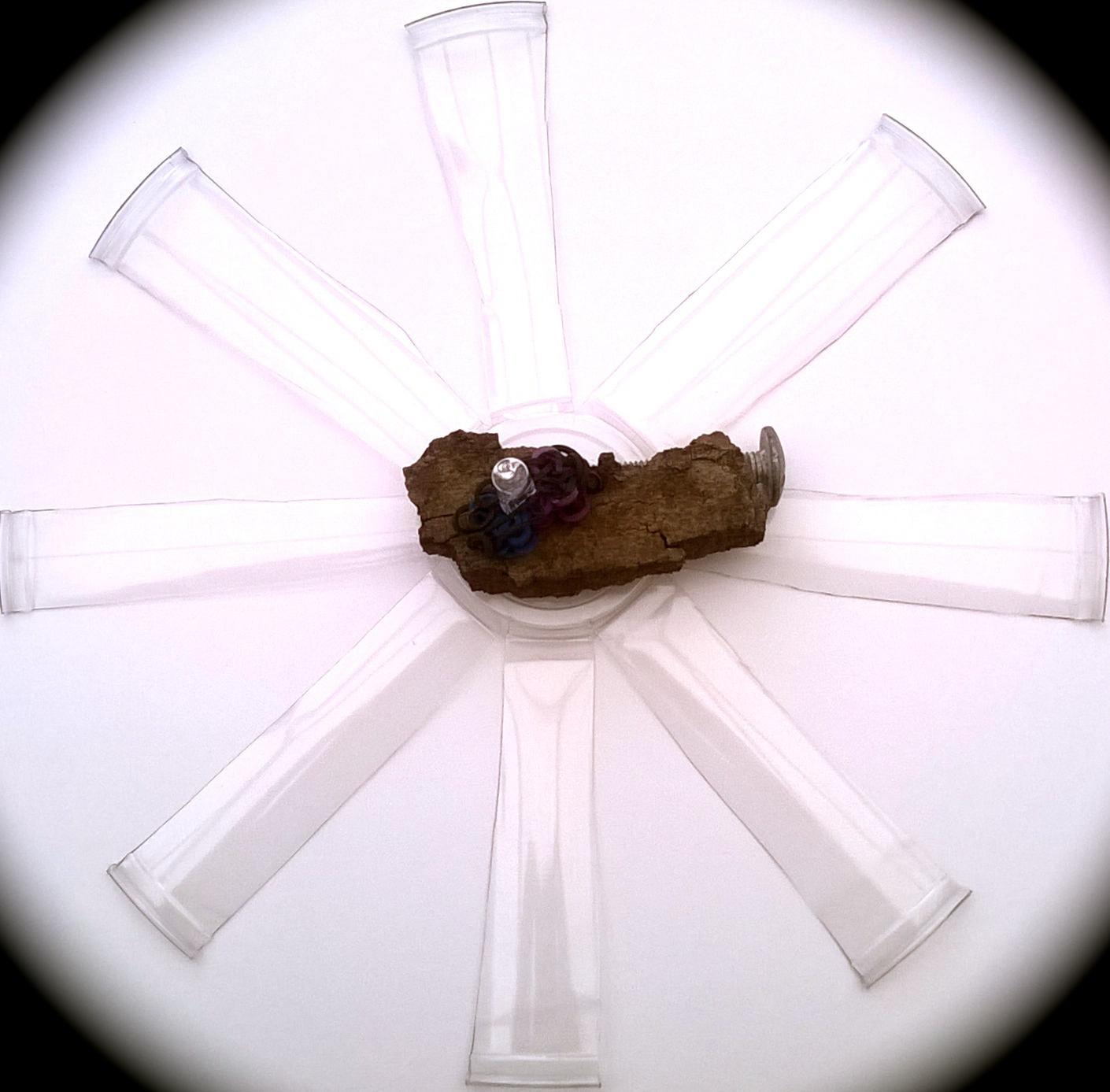 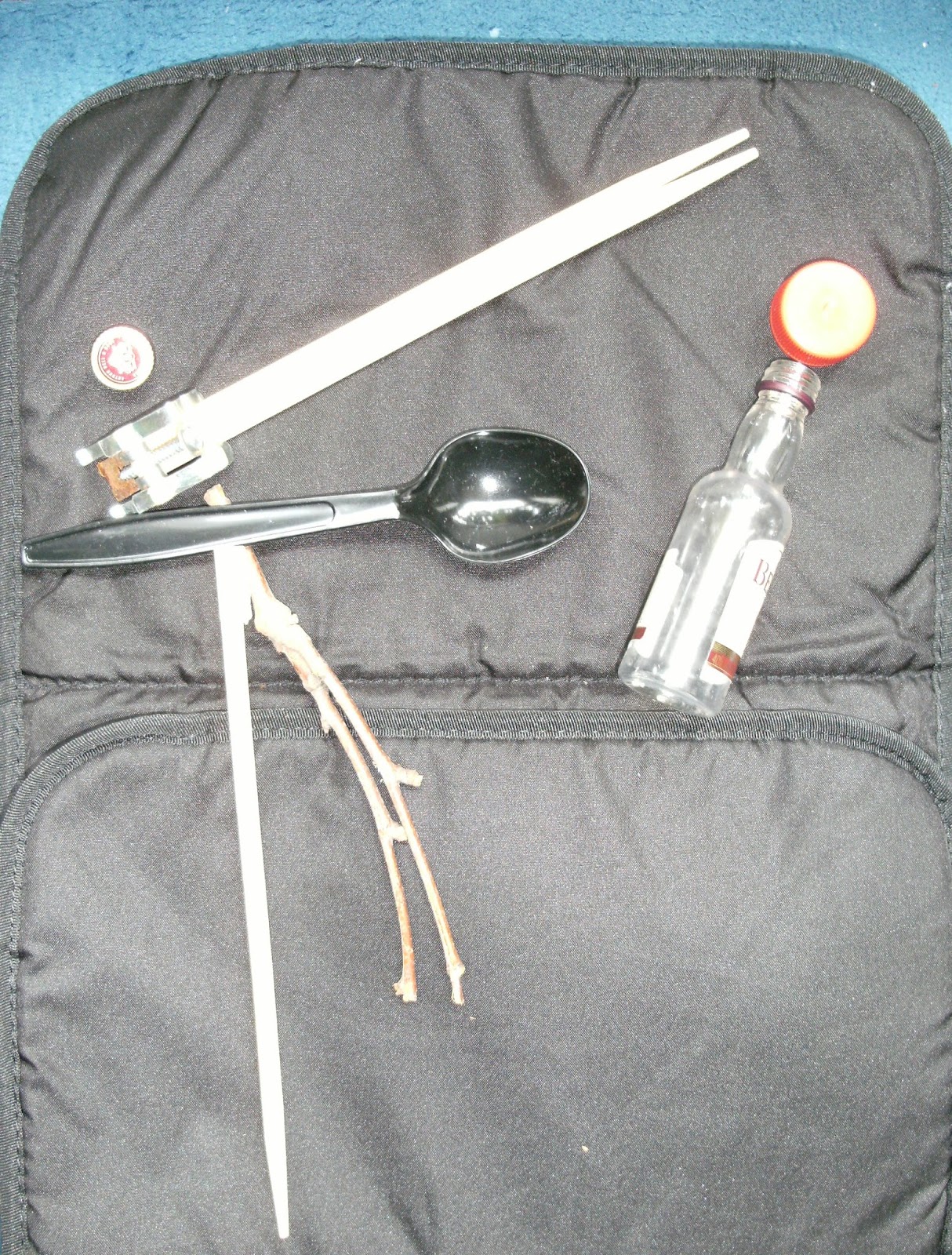 Denny Misquotes.
"Come back! Come back!" he cried in Greek
Across the stormy water,
"And I'll forgive your Highland cheek,
My daughter, O my daughter!" 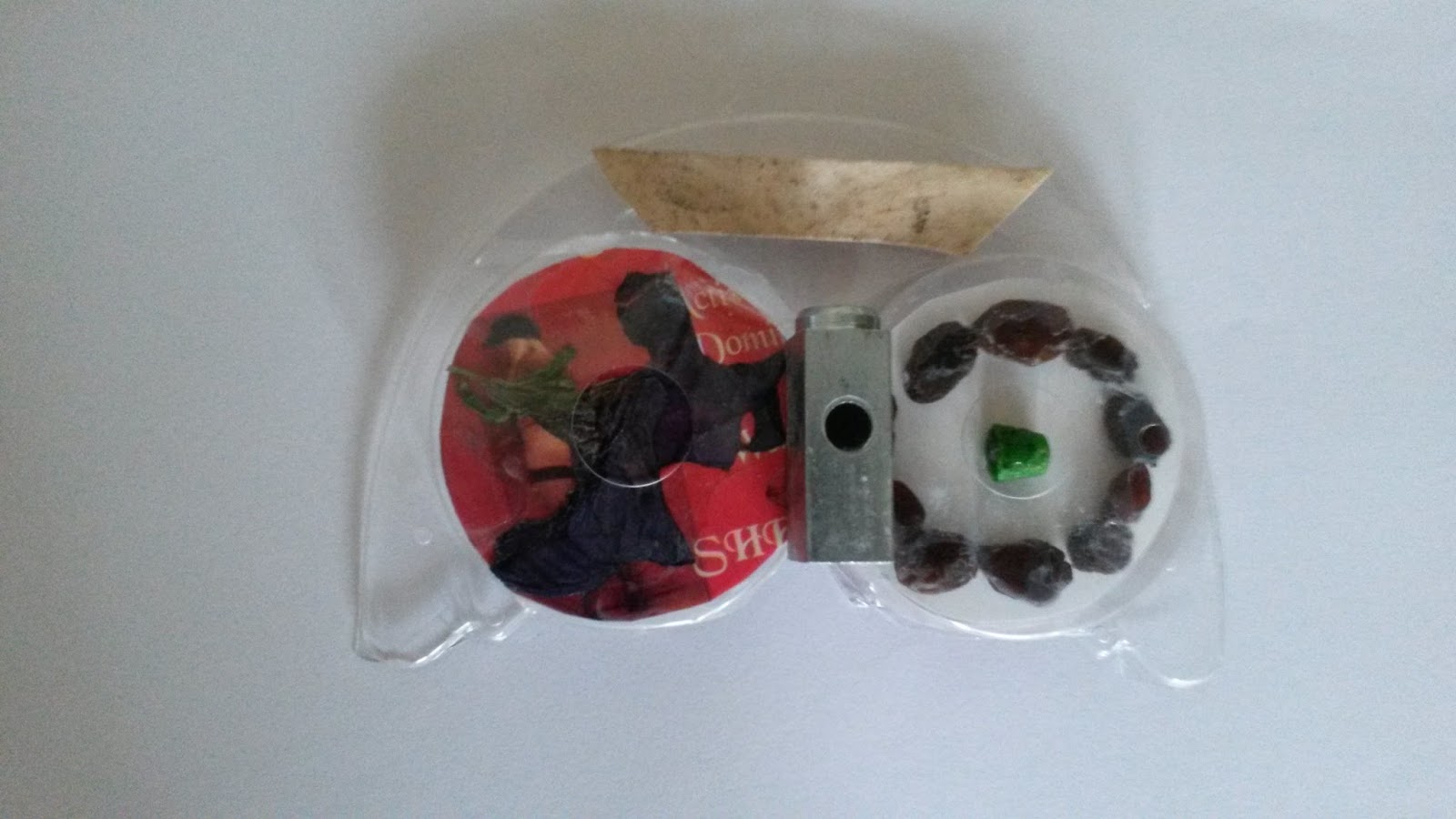 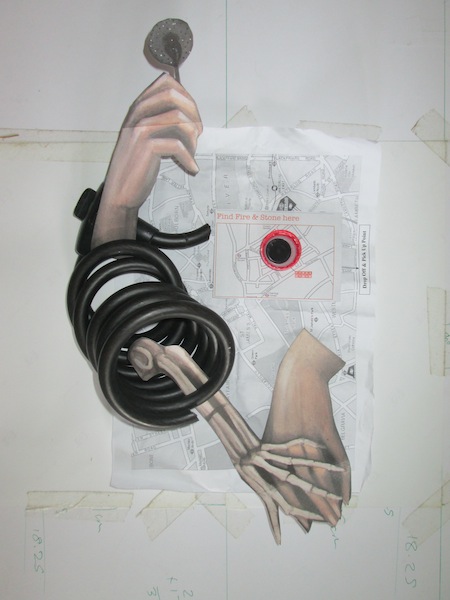 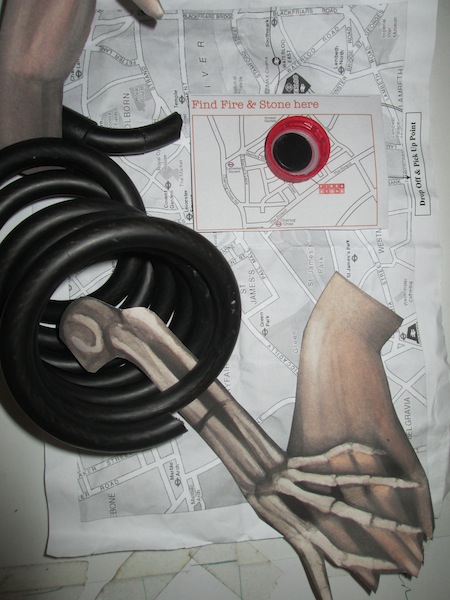 
Posted by Pearl Handel at 7:21 pm No comments: