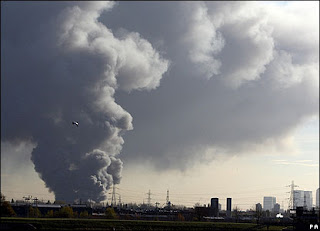 On Saturday 8th December SLAG regulars and friends will be meeting somewhere in the East End of London to limber up for 2012.

For further details and/or to join us on the day, email us at the usual address.
Posted by Pearl Handel at 2:33 pm 1 comment:

Her boot cast aside as she made for the water 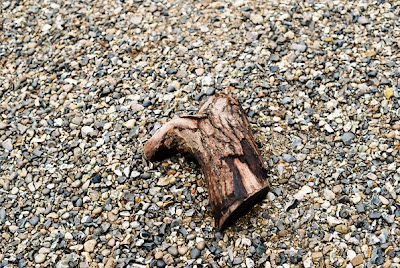 by Paul Cowdell
Posted by Pearl Handel at 8:27 pm 3 comments:

Sir Ian Blair wore his poppy with pride this week as he appeared before the London Assembly and refused yet again to resign. Doubtless Jacqui Smith and Ken Livingstone were likewise sporting poppies when they publicly backed Blair's position over the killing of Jean Charles de Menezes, despite the Met's court conviction over the death and the IPCC's condemnation both of the operation which killed de Menezes and of Blair's personal attempt to prevent their investigation. Indeed Smith and ACPO have made a special point this year of announcing their support for Remembrance Sunday commemorations, and probably hundreds of poppies will adorn the chests of officers today as they police Royal British Legion events around the UK.

Tories and Liberals alike have demanded Blair's resignation, but New Labour has stood by him. In media interviews Livingstone has defended the killing of de Menezes with the words "these things happen", a phrase which echoes Blair's own comment soon after the 2005 shooting that it was just "one of those things that happen" during armed police operations. While many have been shocked by the callous arrogance and complacency of this attitude, in fact it is no more than an unusually frank acknowledgement of the role of the police and the nature of state violence.

Violence is inherent to the state as such. This is true not just of "bad" states, "rogue" states, dictatorships or "oppressive régimes": it is true of all states, by definition. The state perpetuates itself through legalised violence against its own population, whom it may "legitimately" intimidate, imprison, injure and kill, and against the populations of other states, whom it may treat no less and often more brutally under the aegis of war. The police and the armed forces are two sides of the state's bloody coin:

The supreme law of the State is self-preservation at any cost. And since all States, ever since they came to exist upon the earth, have been condemned to perpetual struggle -- a struggle against their own populations, whom they oppress and ruin, a struggle against all foreign States, every one of which can be strong only if the others are weak -- and since the States cannot hold their own in this struggle unless they constantly keep on augmenting their power against their own subjects as well as against the neighborhood States -- it follows that the supreme law of the State is the augmentation of its power to the detriment of internal liberty and external justice.
-- Bakunin
Thus those who are calling for Blair's replacement are doing nothing to prevent further killings. On the contrary, in wishing to re-establish the "honour" and effectiveness of the Met they seek simply to re-legitimise the arming of the state against ordinary people, in the name of the "anti-terrorism" which itself licenses terror -- in Bakunin's words, "this flagrant negation of humanity which constitutes the very essence of the state."

So much, then, for the two minutes' silence, the poppies, the Queen mooching around the Cenotaph with a face like a slapped arse. Remember the wars, remember the dead and the wounded, remember Gordon Brown's paean to wartime courage and the glorious cannon fodder, remember anything you like as long as you also forget the freedom that lives in your own dreams and desires, in Mad Love and the Marvellous, in the necessary interdependence of all organic and inorganic life on earth ... Open the prisons! Disband the army! Abolish the police! And remember your own revolutionary dreams of poetry and freedom, because they are within our collective grasp, not just in some far-off political future but now, here, tonight.

Non-UK readers who are unfamiliar with the background of the de Menezes case can find information, including a detailed timeline of events, at www.justice4jean.com.

CONTRIBUTION TO THE KNOWLEDGE OF EDIBLE OBJECTS

This game was played by Josie, Mattias and Merl during a visit in August 2007 to the "Beckton Alps", a disused dry ski slope in East London which has now become a relatively large-scale and sinister atopos. The place itself offered a great deal of evidence which was not directly relevant to this particular game but which suggested several possible directions for future poetic research. 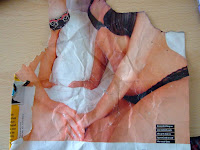 "Concentrating on one eyeball each, the girls had us hypnotised in half the usual time": image/text found at the site


One of the most striking features of the area at the top of the Alps was a series of large rusted metal panels, aligned in rows like teeth, and all covered with graffiti. One row in particular spelled out the graffiti'd signature "HARRY NITEMARE". 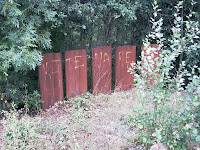 The game was partly devised beforehand and partly improvised on the spot, inspired by the secondhand bookshop finding of The Wordsworth Guide to Edible Plants and Animals: an Omnivorous Feast of Unusual Meat and Vegetables by AD & H Livingston. We decided to start by allocating to each person one of the panels. We then split up and went and looking for objects which began with the letters on our respective panel. The allocations were:


The results were as follows: 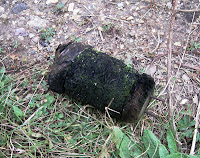 Reel
This marine delicacy is highly prized by shore-dwellers whose young initiates dive for them like pearls during spring tides. The soft green flesh is eaten raw and fresh from the sea, but although the eaters assemble together on the beach for the feast, each person eats separately and with backs turned to one another. There may or may not be some cultural significance to this beyond the simple fact that this food makes for messy eating. Night dives are especially highly valued, when the microscopic creatures that live parasitically on the green flesh phosphoresce between the divers' fingers, and sated feast-goers sprawl dreaming on the beach, their lips, cheeks and chins alight with juice.

Needle (bramble thorn)
Widely eaten (raw, on site) by suburban cultists in nemoral temperate areas of Europe where the plant is abundant, probably in order to prick the tongue to increase the immediate effects of other herbs simultaneously eaten, which may contain psychoactive substances. Occasionally such cultists gather by conspicuous landscape elements, which in the suburban environments usually are of ruderal character, such as land-filling heaps, garbage dumps and train yards, and perform obscure rituals throughout the night. As all the abundant herbs on most such sites are not known to possess such psychoactive substances (unless it happens to be a locally rich population of henbane or bittersweet much of the effects of the needle-eating is considered to be either placebo or due to some still unknown factor. 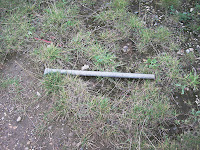 Iron bar
For obvious reasons most people do not eat iron bars. However, if the climate is hot and humid, and there are strong acidic or alkali agents available in the atmosphere and even more in other items used for food, rust corroding process can be swift and strong enough to make iron bars available as well-needed sources of additional iron ions for menstruating women, selfmutilators, artists and other bleeding people. Most of the cases are from Brazil, but there are known cases from central Africa and rumours (perhaps apocryphical) from Florida, and the situation in Asia is largely unknown in this particular respect. One Amazonian recipe involves the boiling of the iron bar for ten days with the bones and guts scraps from the cayman stew the day before, plus local varities of corroding mineral salts and several herbs and fruits of largely unknown chemical composition. The taste is according to some similar to uttermost despair, according to others (or possibly the same people under pseudonyms) to sensual pleasure. 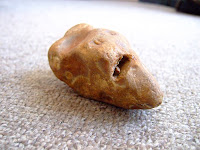 Monster
Despite his grotesque and terrifying appearance, the monster is actually made from soft nougat, which is not only delicious but also full of minerals and vitamins essential to the diet of many small animals. The monster falls prey to many a different predator, and, being extremely small and defenseless, aside from its intimidating growl and ugly face, its chances of survival are slim. It is even hunted by its fellow monsters, and occasionally by itself, making it the only self-cannibalistic animal known. The specimen discovered in the Alps retained only its head; it is presumed to have consumed its entire body before expiring.

Art (paint brush)
Eaten only by spectres, and only by spectres who have had a really shit day, art reduces the eater to a gibbering mess on the floor within twenty nano-seconds of consumption. While the cause of this is unknown, it has been speculated that art eats away at the core of the spectre. Finding art on the Alps has confirmed suspicions that spectres inhabit the place, and perhaps were even responsible, in its last throws of agony, for the message sent to us: Harry, Nitemare!
Posted by Pearl Handel at 12:31 pm No comments: 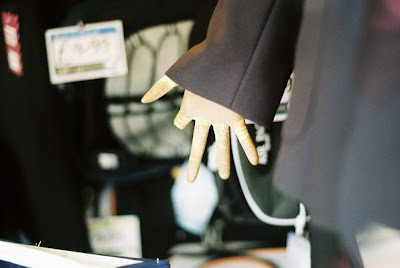 by Paul Cowdell
Posted by Pearl Handel at 11:40 pm No comments:

A WASP FROM KOREA (poème trouvé)

Bodies donated under the wings
...
Leather is the word that turns its ankle

found by Mattias
Posted by Pearl Handel at 9:39 pm No comments: 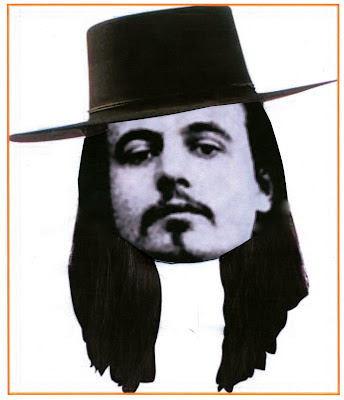 Anthropophagy is by no means dead.
Posted by Pearl Handel at 12:51 am 3 comments: