During a discussion of Voyager's departure from our solar system Paul misread a phrase from a press cutting he had found some days earlier. (The cutting was a 1974 wine review from The Times, with details of a recording of Berlioz's Damnation of Faust on the reverse). The misread phrase seemed directly relevant to the voyage into the beyond so we played the Game of Opposites with it.

Marsala Virgin which is made by the solar system
Scotch whore which is annihilated by the lunar chaos
English saint is resurrected by solar eclipse
Martian sinner was buried by dark enlightenment
Venus piousess will be elevated as sunrise blooms
Adonis desecrator will detumesce in the decaying sunset
Vile torn droppings burn within an atomic bomb
Sweet wholefoods freeze around a macrocosmic implosion
AMER snacks washed away after the ant's sneeze
Douce gorges condensed before the aphid's inhalation
Standing and expanding and will explode with everlasting suffocation. 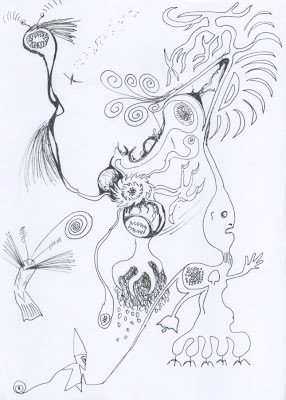 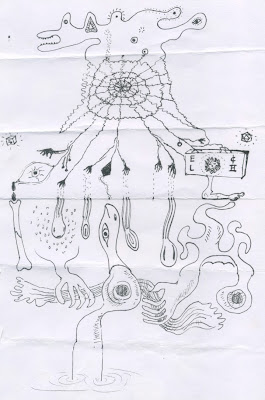 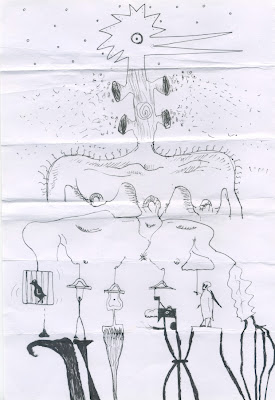