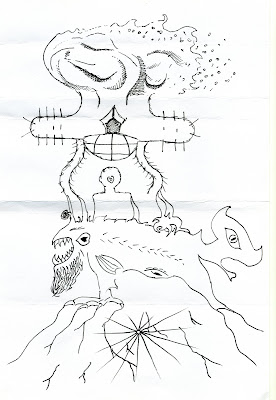 Young Man with a Horn 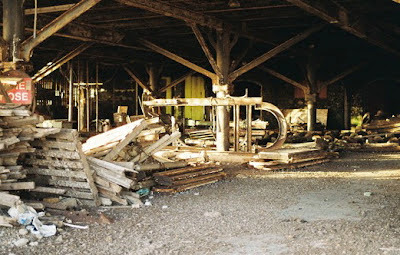 Paul Cowdell
Posted by Pearl Handel at 4:21 pm No comments:

A birthday salute to the Divine Marquis 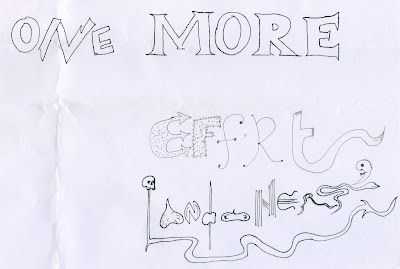 One more effort, Londoners, if you are to become republicans. Soaring above the crowds of police officers, that rings a bell inside my head, an ear growing in my stomach unaware of a dangerous meeting by the empty railway station. The evening grew darker and there was a sudden scream from the man in the bearskin coat. "These!" he cried, "these are the easy leaden chains you have bought at the market! And here!" He flourished them above his head. "Here are the silver snakes swimming towards each of the muddy gutters of London's rivers." As water flowed over the guillotine blade, the greasy writhing of the butcher's tattoo beneath the nocturnal wax melting my house, the sky is my ceiling on desperate nights, hiding my image behind the curtains. She walked towards the doorway, afraid of seeing her reflection in the mirror. It was a figure with one more head than he had, but he knew that he had two more eyes than the reflection. "Ha ha," he laughed, "you cannot see me now!" He stepped backwards, pulling his green-scaled cape down over his shoulders. With his characteristic swagger and a dead chihuahua under one arm, he headed down the stairs to the underground and bought a one-way ticket to nowhere.

You should find your own ego hanged by the ceiling smiling at you because the bird had flown away into the night. 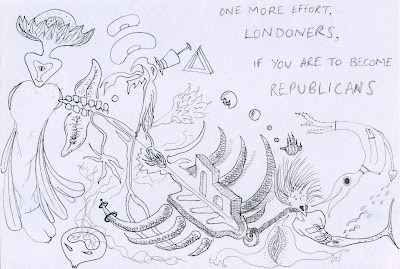 Posted by Pearl Handel at 6:24 am No comments: