The Woman and the Machine

At last! Miguel Almagro's short film The Woman and The Machine is available to watch online.

Posted by Pearl Handel at 2:58 pm No comments:

The Great Library will burn down Rome 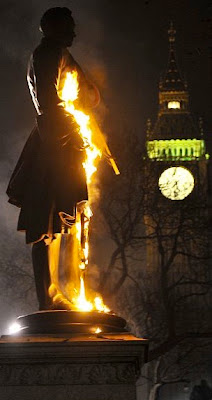 The only library that we defend is the one that’s set alight by its own blazing. Sheets of paper, sheets of flame. The Great Library will burn down Rome.
Posted by Pearl Handel at 12:38 pm 1 comment: