Metropolitan Police are warning that thousands of cavewomen in fur bikinis, and other hunter-gatherers of dubious provenance, are planning to hijack tomorrow's protest march through the capital in pursuit of ginormous solar-powered spiders.

The shadowy cult of extremists, known as the NUJ, have declared their intention to annihilate world civilisation through the power of cod-structuralist anthropology and to make all God's children "suckle at the teats of the Breasts of Sheba"*.

Said Assistant Chief Constable Rufus T Firefly, "We can all understand the widespread public anger at the selfishness, vainglory and stupidity of figures such as Professor Foghorn Leghorn. But we deplore the descent into mob rule which will ruin what should have been a pleasant and profitable afternoon's overtime for some of our more challenged members, who would otherwise be facing redundancy in this difficult economic climate."

It is widely rumoured that secondary supportive action will be taken by an armed gang known as the Forward Intelligence Team, who are expected to arrive at Professor Leghorn's house to present him with the Margaret Thatcher Memorial Award for Services by Megalomaniacal Fantasists to the Betrayal of the Working Class. At Earth Hour they will ceremonially demand that he put the kettle on so that they can all watch Casualty on his 48-inch colour TV. "This will cost me I say this will cost me a fortune on the leccy bill," said Professor Leghorn. "I'm only on 35 grand a year. Still, if they press their nuclear button I'll press mine. My prostate's got to be up there somewhere." 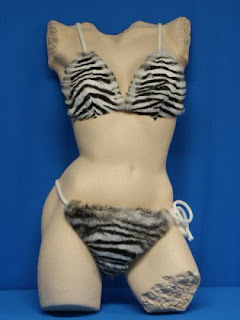 *Please bring own shoes and wings.
Posted by Pearl Handel at 1:11 pm