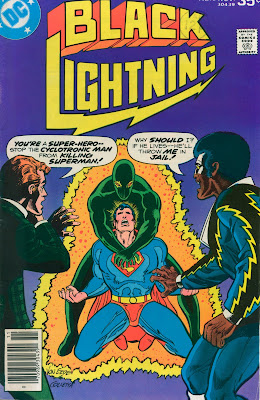 I'd like to get a look at this, but your e-mail isn't working for me. I'm at davidghouser at gmail dot com.

We've just sent you an email David. You might want to keep an eye on your junk folder in case it gets diverted.

On the topic of the ever tired David Lych association - how does one explain to someone why David Lynch isn't a Surrealist and his films aren't generally Surreal?

I was reading one of the articles on the Icecrawler blog the other day that was about the difficulty of defining Surrealism and the inaccuracy of supplying an enumerated "academic" paramter. However, most people just aren't willing to accept that Surrealism in involves a sensibility for recognizing the Surreal, not a straightforward classification.

I can say "Surrealism is not a specific genre" or "simply having dreamlike or nightmarish imagery and non-linear narrative struture doesn't make Surrealism" but I have a hard time speaking in anything other than negatives. I can tell people that qualifying Surreality involves an understanding of poetic investigation among a myriad other things, but most people would take this as something far too vague or a subjective, oligarchical decision made only by Surrealist groups. I guess one could just say "who cares if they don't understand? Surrealism resists institutionalization," but if we want to do something about the misuse of the word "Surrealism," it seems important that one can explain in layman's terms why at least certain so-called Surrealists like Lynch, Jodorowsky, and even Cocteau or Michel Gondry(!) don't qualify.

Come on, this is rather easy, isn't it? What distinguishes Surrealism from these other things you mention is (a) the pursuit of the Marvellous and (b) the determination to both change life and transform the world through revolutionary means.

Of course, you're then left with the task of "explaining" the Marvellous – pointing out examples, as we are trying to do with Black Lightning, is probably easier and more effective than trying to "explain" it – but if you find yourself having the Lynch/Jodorowsky/Cocteau/Gondry conversation with someone who is genuinely interested and not just jerking your chain, then it's worth the effort. And framing it in terms of the Marvellous, rather than arguing over the correct use of the term "Surrealism" (which I mostly couldn't give much of a rat's arse about these days), gets away from that oligarchical danger you allude to as well (and also makes the conversation more open and interesting – for example, I do find some of Jodorowsky's films genuinely poetic in the full sense of the term).

Thanks for the response. I have tried this somewhat, but I guess I've been too stuck in the mentality of trying to set parameters on Surrealist film. Once I started getting deeply interested in Surrealism and its history (initally through Bunuel and Lautreamont), I had this sense that the films of Lynch weren't genuine Surrealism, but more of an imitation of the "nightmare" sensibility found in Un Chien Andalou and Meshes of the Afternoon. It wasn't something I was able to define or enumerate in words, but just this suspicion, and perhaps I should simply rely on that more.

The problem I find when speaking to most cinemaphiles who have an interest in strange films is that they can correctly identify Bunuel and Svankmajer as Surrealist filmmakers, but will classify pretty much any early 20th century experimental film, any anarchic comedy (such as Monty Python films), and any quirky fantasy film as a Surrealist film. People are looking for external genre markers that seem to classify what is though of as Surrealism - bizarre or dreamlike imagery particularly with odd juxtapositions, absurd or non-sequitur humor, weird creatures, confusing or non-linear plots. It's hard to explain that Surrealism just shouldn't be thought of as a genre (especially since art history "defines" Surrealist paintings within a specific era and genre).

I realize a discussion of the marvellous SHOULD be a dialogue with disagreement and more questions, but when it comes down to why Bunuel and Svankmajer are Surrealist filmmakers while Jodorowsky and Lynch are not, the best I can support this is the fact that the first two were/are members of Surrealist groups consciously making films with the Surrealist tradition in mind. Is this adequate? I know it's more proper to speak of Surrealism as something in film (as Svankmajer once said in an interview), but can a film made by someone non-affiliated with a Surrealist group be completely Surrealist? There are about a million other questions that pop into my head with this, but perhaps it's all null.

If you're interested, though, I'd like to have a more in-depth discussion on what ways certain pseudo-Surrealists like Lynch and Jodorowsky might sometimes achieve the marvellous. I'm sure it's been done to death, but I have a few specific questions. I figure this comments section is probably an inappropriate venue for such a dialogue.

Our group email address appears in our blog profile.

I've been meaning to thank you for Black Lightning which I received in the mail last week! Cheers, Shibek