The Left and Culture Reloaded

A Declaration by the Athens Surrealist Group 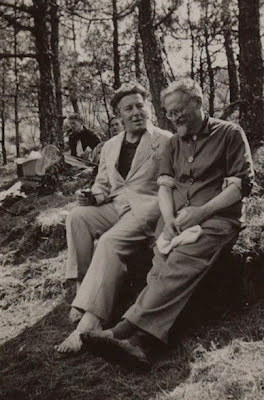 Time and again, we must insist on words and their meanings. Every formulation implies some focalizations, carves out a direction while repressing or even excluding others, demarcates a particular horizon, and brings forth the possibility of one range of significations against several others. The problem concerning the relationship between the Left and culture – as long as the terms “Left” and “culture”, and their connotations too, are uncritically embraced – comprises a displacement of the real – and crucial, if we still take as our yardstick the accomplishment of universal social emancipation – problem of the relationship between the real movement to change the existing order of things and subjective expression, which is hooked to the world and refracts its echoes. This is the problem of which we must speak, reckoning the two terms of the above-mentioned relationship as two available ways to tread the same road. Through the displacement effected by the wording of the “Left” and “culture”, what is being repressed is the dichotomy – which is insurmountable within the context of dominant social relations – between political practices that are motivated by objective class interests and have their bearing on objectively ascertainable balances of power, and cultural practices that originate in subjective obsessions, accentuations, fixations, regressions and outflows, and culminate in works to whose interpretation subjectivity again is the key.

If we translate the question about the possibility of real political action capable of changing the world into a question along the lines of “what must the Left do?”, then we have already begged the question we should be posing, a question that is hard to resolve: namely how, in the mainstream political scene, there might emerge an expression of the scattered forms of the agent and self-organized actions, the sole actions that truly guarantee any actual political conduct that will alter the relationship between power and society on the road to emancipation. And what’s more, how it might be possible for such an expression not to restrain the revolutionary dynamics of those forms, but instead to render them politically prolific, leading to their generalization. In fact the Left, contrary to the image projected by its bureaucracies and micro-leaderships, marks only a limit on the political spectrum of capitalist democracy. Within the parties and organizations of which the Left consists, the phenomena of substitution, hierarchical functioning, the entrenched allocation of tasks, and the reproduction of the inequality between those who govern and those who are governed, are the rule rather than the exception. After decades of Stalinism, the political experience obtained through left-wing political collectivities usually correlates not with the horizon of self-emancipation, but with the cage of the citizen who is socially alienated, subjected (to domination), and destitute of any real power.

“Culture”, from the other side, today pertains to a whole industry producing commodities, to an array of social relations that are posited as a demarcated and mapped out (in departments) territory for anyone who chooses to express themselves as a subjectivity through writing, painting, sculpture, music and so forth. The mirror that every aspiring creator of words or images encounters is a priori turbulent, punctuated with social contradictions. The space of culture is abstracted from the experience of social antagonism in order to contain the intensities of the latter in a seemingly anodyne reflection of the creative auteur (who fancies that s/he is attaining his/her autonomy just because s/he is expressing him/herself) in his/her work, a reflection that appears cleansed of the misery of real everyday life, and this is exactly why it ultimately affirms the perpetuation of that life.

It is not a matter of contenting ourselves with a rhetoric about “a world to change” which fails to thematize, here and now, the possibility of actually changing the world, breaking the chains of the “citizen”, claiming the position of the active revolting subject. Nor with a delusion of subjective independence that validates the really existing cultural industry and the distribution of roles within its limits (“writer”, “painter”, “man of letters”). These two dimensions of the human adventure, political practice and subjective expression, in this society are segregated. The Left tries to piece them together, without questioning the segregation itself. Within its parties and organizations, as a rule, there is no space for subjectivity, but there is always space for a periphery of artists, as “fellow travellers”, thus setting up an alibi that compensates for the lack of any creativity on the part of the politically enlisted subjects. The segregation is repressed. It is not only that it does not tend to be challenged, but also that it is corroborated as something given in advance. The Left, remaining just “Left” – evenly assimilated, that is, into the field of the capitalist state – has its artists, and in their turn, artists, eagerly assuming their role inside the cultural industry, have a left-wing political reference to claim. We do not in the least intend to give a description that levels the field, erasing every difference. Nevertheless, we want to underline that the cause of social emancipation is decided in practice. There are undoubtedly left-wingers who assert their dedication to the struggle for communism, but with regard to the setting of their own activity, they still consider the issues of agency and self-organization as collateral issues; and there are also artists who don’t neglect to emphasize their revolutionary mood, but who keep producing works of art under the control of capitalist state.

Only a twofold gesture that will place both the “Left” and “culture” under the sharp edge of critique could point towards another horizon, where political action and poetic frenzy will be manifestations of a subjectivity that retrieves, and invents, the evanescent unity of its body with the world, through a posture of revolt and solidarity. Where we need to turn our gaze is towards a new community, a universal culture and universal polis, that will breathe within the social field, that will sublate the division between mental and manual labour, that will be incarnated by self-organized collective undertakings, that will be exercised through labour that is also a game, that will unfold itself in a time admitting of many unrepeatable times, many self-emancipated subjectivities. On this new community – which is in accord with the free societies of the future, divested of all servitude imposed by capital and the state – it is worth putting our stakes from now on, whether we are writing poems at night in our beds, or facing the oppression of the state and the exploitation of bosses in the streets or workshops, or even when we are discussing with our comrades “what is to be done”. The surrealist movement, to which we have chosen as a group to belong, attempts to detect such an horizon here and now, calling into play every means that can help us, as oppressed human beings, to achieve the goal of universal freedom, without for a moment substituting for it or postponing it for a future that is not, already now, experienced, as it lets itself unfold as a bundle of real possibilities in this unsettled present.
17 October 2007
Posted by Pearl Handel at 10:29 pm