Earlier this month we were delighted to receive some correspondence from Surrealists in Turkey. They produce an underground zine called Düzensiz ("Disordered") which also has a blog here. They are also involved with the literary journal Tesmeralsekdiz, the next issue of which will include a section on "surrealism and street art". It is mainly in relation to this issue that our Turkish friends sent us the following questions.


Before we answer these specific questions from Tesmeralsekdiz, we think we should clarify the wider question of our attitude to art in general. Most of Tesmeralsekdiz’s questions appear to come from within an “artistic” and/or “avant-garde” framework which is alien to us. Contrary to a widespread misconception, Surrealism has never been an art movement (or for that matter a literary movement either). We do not regard ourselves as artists and have no interest whatever in the art world, in either its “mainstream” or its “avant-garde” forms. We are opposed to the art world in exactly the same way as we are opposed to capitalism, and for the same reasons. This attitude is the starting point of our reply to these questions about “street art”.

Actually we spent some time debating what the phrase “street art” even means. If it simply means art made on the street – of which Banksy’s work is probably the best known example – we regard this is as no more or less corrupt or commodified than any other form of art, and we are therefore completely uninterested in it. However we are interested in those forms of graffiti which are not attempting to be artistic or avant-garde, and which (unlike the commodified radical chic of someone like Banksy) can be genuinely guerrilla forms of popular or demotic expression. Graffiti in their basest form – obscene drawings, gratuitous insults, ludicrous boasts made for one’s own gratification etc. – are not mediated through any ideas of “art”. These scrawls on the street are direct expressions of libido and can sometimes be examples of the Marvellous itself in action. This photograph gives an example of such graffiti found in East London: 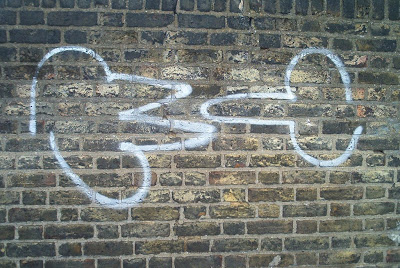 Hermetic Birds by Merl
In relation to the question about method, again we spent some time debating whether by method you meant methodology or technique. We have no interest in technique, but methodologically it seems to us that, as a direct expression of libido, what graffiti have in common with Surrealism is automatism.


2. Can you give us some historical information about the works of surrealists which were made on/for the street?

If by this you mean works of Surrealist “street art” – no, we cannot give you any such information, for the reasons we have already stated.

However we think it important to emphasise that Surrealists have been interested in the street as a site of poetry and marvel ever since Aragon’s Le Paysan de Paris. Psychogeography has been a constant them in Surrealism, although it has not always been pursued systematically. In fact the systematic psychogeographical investigations made by the Situationists in the 1950s and 1960s in many ways have acted as a springboard for more recent and systematic Surrealist explorations of the city, especially by those Surrealists (including SLAG) who have been willing to engage with Situationism rather than reject it wholesale in a defensive/reactionary manner. One of the most fruitful examples of this Surrealist exploration was the discovery by the Stockholm Surrealist Group in the 1990s of the atopos – “worthless places” full of poetic meaning.

For SLAG the poetic exploration of urban streets has always been a major theme. One of our first publications was A Manifesto for Surrealist London, and we have devoted most of our collective energies to devising and playing psychogeographical games in London and other cities.

Perhaps we need to add at this point that the Surrealist vision of psychogeography has nothing to do with the commodified and cultural-touristy “psychogeographical” literature propagated in Britain by authors such as Peter Ackroyd, Iain Sinclair and others, which we regard as at best the literary equivalent of Banksy.


3. Do you have any visual material about surrealism and the street?

These four black & white photographs by Debbie Shaw were taken while playing our psychogeographical game Urban Rock Pooling in London: 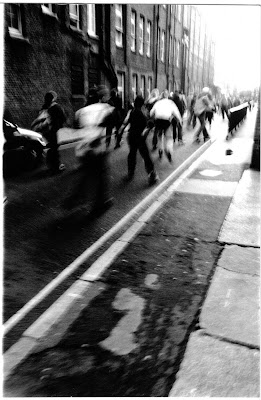 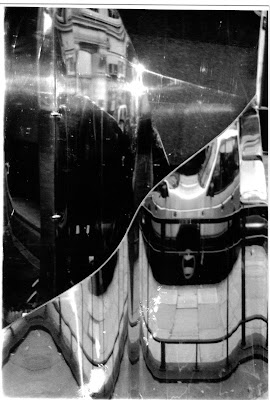 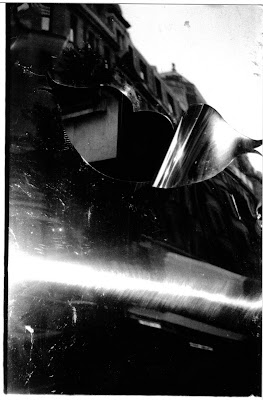 These four colour photographs were not part of any particular game and were taken by Paul Cowdell in various street locations: 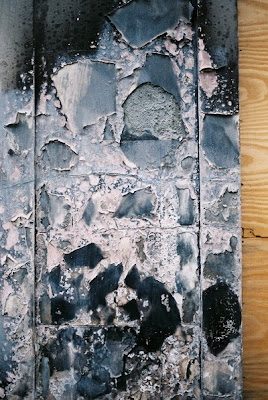 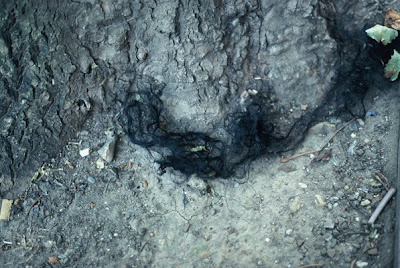 The Beard of the Patriarch Ran with Ants by Paul Cowdell 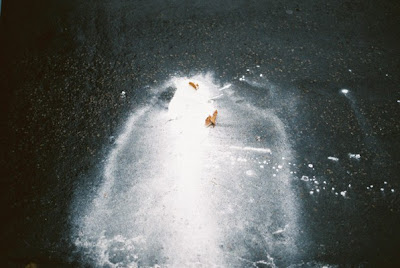 She Had Come Back by Paul Cowdell 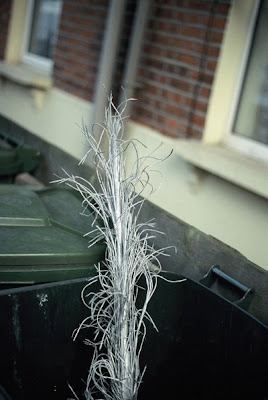 4. What is the origin of your activist attitude?

The origin of our activist attitude is Surrealism itself. As André Breton famously said at the end of his Speech to the Congress of Writers of 1935:

“Transform the world,” Marx said; “change life,” Rimbaud said. These two watchwords are one for us.
We never tire of quoting these lines, which also sum up the reasons why Surrealism is not an art movement.

Surrealism is a revolutionary movement on every plane. One of those planes is also the internal situation of the international movement itself, and since its formation SLAG has tried to play a role in collective activity on an international level – by organizing large-scale games and other activities, by circulating material on this blog and through our mailing list, by fomenting theoretical and political debate and so on.

The world of 2007 is not the world of 1924, and Surrealism today must face up to the new challenges posed by current material conditions – ecological catastrophe, globalization, the Society of the Spectacle, the “War on Terror”, fundamentalisms of all kinds – as well as take advantage of the new possibilities on offer.

Among the new possibilities for revolutionary Surrealist activity, electronic communication is perhaps the most obvious example. The internet has revolutionised international collaboration between Surrealists and has also made the history of Surrealism more widely and easily available than ever before.

Of course we want to say that Surrealism in the twenty-first century will continue. However that will only be the case if it continues to develop and change. We certainly do not regard Surrealism as a “legacy” which needs to be preserved or curated: on the contrary, it is up to all of us in the international movement to constantly invent Surrealism anew. The point is not to attempt to preserve Surrealism for its own sake, but to continue to fight for Surrealism’s objectives – to change life and transform the world.

We are not interested in conceptual art.
Posted by Pearl Handel at 12:54 pm

I have a leaning for graffiti that is stripped down, low-fi and anonymous, like that in the photograph of Merl’s posted above. This type of graffiti is timeless and has existed long before the graffiti boom of the 70s and 80s. As a surrealist, I do have an interest in the motives of writers who do burners and the throw-ups, and am very curious about the reason for simple tagging. There is something quite exciting about finding a piece hidden underneath a bridge or in a desolated building. Yet, I find graffiti that is not stylized, but raw, poignant, and unusual to be my greatest interest, like Basquiat’s SAMO phase, or a burner with untraditional subject matter, such as the two winged centaurs discovered by Eric Bragg in some Marin Headlands World War 2 ruins.